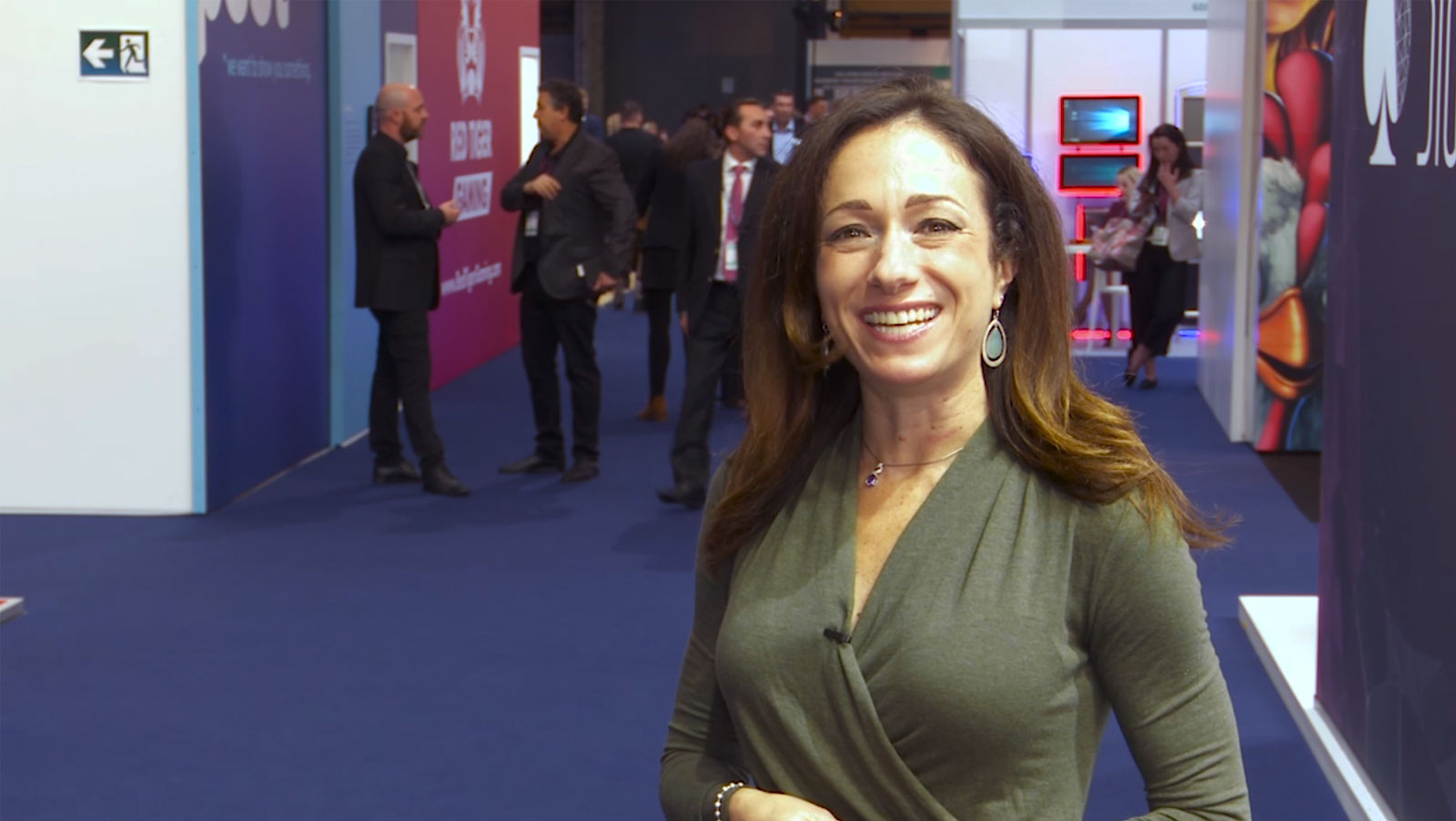 Senior iGaming professionals from all over Europe and beyond returned to the Arena Berlin this morning to attend the second day of EiG 2017. Day two is always the busiest of the three-day event, with full conference streams running side by side, a crowded expo floor and an even busier bar networking area.

We kicked off the day with the ever popular “F session” during which C-level execs shared experiences in their career when they failed and how they learned from the failure.  Jan Teichmann of Rank Group, Rory Anderson, consultant to 12Bet, Nigel Birrel of Lottoland, Paul Barnes formerly of Intralot Germany, Gavin Hamilton of Red Tiger Gaming and Paris Smith of Pinnacle were all represented on the panel.

“The whole session today was about how the fear of failure can prevent innovation and how the need to achieve short term goals means that you may sacrifice long term goals”, Anderson told CalvinAyre.com.

“We spoke in the session today about the possibility of entering the UK market with enhanced UX, with real quality content it can work really well. But in order to do that, in order to change your product, that’s a very real danger that you’re going to lose customers in the short term. And by doing that and taking that approach, you’re essentially risking failure. So that was the heart of the discussion today”, he said.

Anderson has been in the industry since 2003 working for household brands such as 888.com and Empire, one of the lessons he learned from his experience is different brands can have different response rates while using the same advertising techniques.

Smith talked on her experience taking Pinnacle into Asia after the passage of UIGEA in 2006 and the loss of 85% of their business.  “The biggest mistake we made is we felt everyone wanted Pinnacle the way we were”, she said.

In Asia, Pinnacle’s odds were competitive but not special…Pinnacle went in the Asian markets and found out they needed a new backend system to achieve what they wanted to achieve in the East.  Smith confirmed the biggest challenge for Pinnacle was the cultural communication and said to beware of looking at Asia as one big country, rather each country has to be localized.

In addition to attending key sessions, we have seen plenty of new exhibitors this year EiG, both in the form of legacy brands exhibiting new branches or completely new brands all together.

R. Franco is a 50 plus year old Spain-based supplier with a history in the Spanish and Latin American land based markets. Two years ago R. Franco branched out into the digital space and brought their popular land-based games online and developed an omni-channel B2B solution for operators wishing to launch both online and retail.

The brand has exhibited at EiG in the past, but 2017 is the first year they dedicated the entire booth to their digital offering.  According to R. Franco’s Bree Montanez, in an ultra-competitive supplier environment, what separates R. Franco’s digital offering from the rest is half a century of experience in the land-based environment.

ReelNRG, a new online slot content provider, decided to exhibit for the first time at EiG 2017, taking out a big booth right near the entrance of the show.  Calvin Kent, CEO of ReelNRG, told CalvinAyre.com his focus is on the UK, European and Asian markets and said his organization has mastered the subtle differences between offerings for each market.

Kent is delighted with the results of EiG so far, confirming the traffic to his booth has been senior and steady with a solid reception from delegates and plenty of networking and branding opportunities.

One of the hot topics this year at EiG has unsurprisingly been Blockchain technology and how the gambling industry can take advantage of it.  On the expo floor today we ran into Eric Benz, Managing Director of CryptoPay and one of the early movers in the Bitcoin and gaming space.

Benz said what’s most exciting from his perspective is when he started talking about Bitcoin to the iGaming world roughly five years ago, no one knew what he was talking about, nor did they really care.  Fast forward five years and Benz is having trouble keeping up with his crazy schedule to help educate operators and other iGaming businesses on how they can implement the Blockchain technology into their business.

“I think you’re going to see a lot of different protocol plays in terms of redefining what it is to actually have a true peer to peer playing environment. Because at the end of the day, the Blockchain is a wonderful mechanism for handling consensus. And by allowing the Blockchain to handle deposits and player wallets and being able to actually provide a real secure means in which people can actually transfer value between one and other or between a platform, you’re seeing a lot of trust being reinstilled into the actual gaming industry”, he told CalvinAyre.com.

“So by building on that trust you’re going to be seeing a lot more exciting games and platforms and services to where people are going to actually start being able to play directly with each other and not have some of the more regulatory friction that we’ve had previously. Not to say we’re trying to circumvent regulation, but we are here to actually make what players do and affiliates do and what payment companies do more efficient while still actually adhering to the regulatory guidelines”, he added.