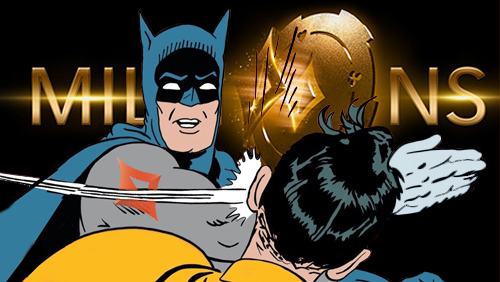 partypoker has made their next move in their bid to become the kingpin live tournament operator after releasing a 2018 MILLIONS schedule containing $100m in guarantees and a Grand Final in Barcelona.

Partypoker LIVE continues their trajectory to grind the PokerStars Championship into a fine powder after announcing a 2018 schedule containing $100 million in guarantees.

The jury is still out as to whom is the best live tournament operator between PokerStars and partypoker, but by the end of the year, my gut tells me that the debate will end.

I’ve said it all along if partypoker becomes The End Boss they need to host an event at the Casino Barcelona that’s bigger and better than anything that PokerStars can do.

In April, we get to find out.

partypoker plan to close the year out by hosting a MILLIONS Online Dec 3 – 6. The event carries a $5,300 buy-in, with a $5m Guarantee. You can try and qualify for the game via satellite beginning Nov 1st. The first 200 players who earn a seat will also find a spot in the Last Longer competition where the winner will receive a $15k package for the event in Barcelona.

The MILLIONS caravan trundles into the King’s Casino in Rozvadov, Feb 10-18 for a €5m GTD Main Event, €4m more than their recent event that attracted 820 entrants.

And then Season 1 comes to a stunning climax in one of the most popular destinations in Europe – Barcelona. The MILLIONS Grand Final is a €10,000 buy-in €10m Guaranteed event. The winner is guaranteed €1.4m, the runner-up will pick up €1.2m, and the third-place finisher picks up €1m. 250 players will get at least their money back.

The final event of 2018 will be the Caribbean Poker Party, taking place Nov 10 – 18. The event will guarantee $10m in prize money with the same cash payouts as Barcelona and a brand new venue as yet undisclosed to the general public.

There are countless ways to qualify for these events both online and live. Partypoker has ripped up the live tournament rulebook and created an online/live hybrid generating fields large enough to give them the confidence to put so much money on the line.

partypoker recently knocked PokerStars off their perch when they won the EGR Poker Operator of the Year Award. It seems they are preparing for a staunch defence of that title.