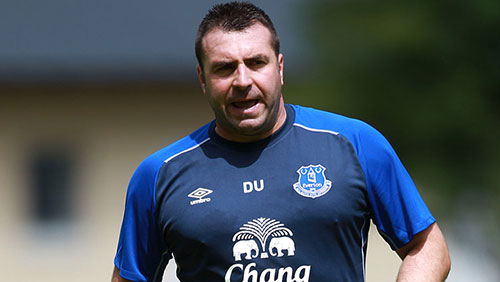 Everton sacked Ronald Koeman after they dropped into the bottom three of the Premier League after a humiliating 5-2 loss to Arsenal over the weekend. U23 coach, David Unsworth takes temporary charge and is the favourite to land the full-time position.


When the Everton board handed Ronald Koeman £140m to turn Everton into a team capable of barging their way into the Champions League qualification places, buying Gylfi Sigurdsson, Michael Keane, and Davy Klaassen, was like buying a snowblower when you live in LA.

The Dutchman’s failure to find a replacement for Romelu Lukaku after the Belgian signed for Man Utd in a £75m move is one of the primary reasons he now has another sacking on his resume.

During two seasons at Southampton, Koeman won the Premier League Manager of the Month award three times, finishing seventh and sixth despite having to hold together a squad of players being picked apart by the league’s best clubs.

The man who won the European Cup and European Championships as a player was destined to find similar success wearing a suit and a tie. But his move to Everton was a puzzling one. Everton is one of those whatever clubs, talked about with such high praise but with nothing but orange peel in the trophy cabinet.

Many in the press are currently sticking knives in the back of Koeman suggesting that his lack of love for the club, seeing it as a stepping stone to a more significant position, is one of the reasons that his players refused to perform.

Everton is a stepping stone club.

Let’s face facts and get over it.

Everton sacked Koeman because he won only two games in 13 attempts in all competitions, and scored a handful of goals in the process. Henry Winter called it a mercy killing, and that’s what it was after Bill Kenwright told the man to clear out his desk when he turned up for work at Finch Farm on Monday morning.

The job of trying to push Everton away from the trapdoor rests with U23 coach David Unsworth and Assistant Caretaker Manager John Ebbrell. The pair’s first challenge is a trip to Stamford Bridge to face Chelsea in the Carabao Cup before a bus ride to the King Power to take on managerless Leicester City who are on a two-match winless streak after sacking Craig Shakespeare last weekend.

Unsworth wants the job; he was overlooked in favour of Koeman after Roberto Martinez left to take the reins of the Belgian national side, and is currently the 2/1 favourite.

Here is the shortlist according to the bookies:

Ryan Giggs is also in the mix, but the bookies see the Salford City co-owner as a 22/1 shot.

And where will he end up next?

I’ll put a few quid on him becoming the new Netherlands manager.