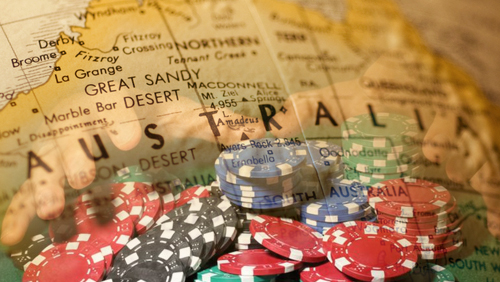 The fight for the legalization of online poker in Australia got a big boost after two crossbench senators threw their support behind the regulation of the game.

Crossbench senators David Leyonhjelm and Cory Bernardi are supporting the legalization of poker in Australia since the game is after all a low-risk activity. Both legislators also frowned on the idea of linking problem gambling and online poker.

“Australian online poker players deserve to have a safe, regulated environment in which to enjoy their pastime and not be forced into using offshore sites,” Sen. Leyonhjelm told parliament, according to the Australian Financial Review report.

Regulating online poker, according to the two Aussie legislators, will also mean additional income for the federal government. Sen. Leyonhjelm suggested that the government should also create a new federal agency that will oversee online gambling in Australia.

“Rather than reflexively banning activities … they can be legalised, regulated, monitored and of course taxed,” Sen. Leyonhjelm pointed out. “I’m not sure [the Australian Communications and Media Authority] is an appropriate regulatory agency and would like to see the Government consider something similar to the UK Gambling Commission.”

Online poker is illegal in Australia, but it barely existed when online gambling legislation was first enacted in 2001. Since then, online poker had been operating in something of a “grey area.”

In August, Australia’s federal government gave its nod to the Interactive Gambling Amendment Bill 2016, which clarified national laws to restrict online gambling to sports betting only.

But in September, Leyonhjelm announced that the government was now “‘favorably disposed’ to reforms that would exempt online poker players from illegal offshore wagering laws.” Leyonhjelm claimed Communications Minister Mitch Fifield had tasked his staff with conducting a review of “the feasibility of Australian onshore providers obtaining licenses to operate online poker.”

Greens senator Janet Rice, who chairs the Environment and Communications References Committee’s inquiry in which both Leyonhjelm and Bernardi were involved, has recommended that the amendment of any online poker laws be done after the National Consumer Protection Framework has been put up later this year.

The committee also tasked the Department of Social Services to back research into the impact of regulation on online poker.