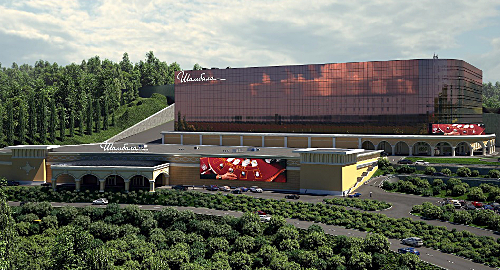 Russia’s Primorye gaming zone has given the green light to another casino operator planting its flag on the country’s far east shores.

On Tuesday, the state-owned Development Corporation of the Primorsky Territory announced that it had given its blessing to Russian gaming operator CJSC Shambala building a resort casino project in the gaming zone outside Vladivostok.

The announcement comes just one day after a Development Corporation spokesperson claimed that it had yet to receive any concrete commitments from casino operators interested in participating in the auction for four vacant Primorye land plots that is scheduled for this Thursday.

In a presentation to a Development Corporation working group, CJSC Shambala president Maxim Smolentsev said his company was interested in building “a more ambitious project than we have done before” that will appeal not just to gamblers but to their whole families.

The proposed resort would include a five-star hotel with at least 250 rooms, plus the usual assortment of restaurants, bars, nightclubs, a spa and retail shopping options. The project’s first phase is expected to cost RUB 2b (US $34.5m), to span 16k-square-meters and to take about two years to complete. Phase two will cost RUB 8b, span 42k-square-meters, and will take an additional three years to build.

Primorye Vice-Governor Yevgeny Polyansky called Shambala’s presentation “interesting and non-standard.” However, Polyansky suggested a few “adjustments,” including increasing the project’s budget estimates and “paying more attention to the entertainment part of the project” to improve its ability to draw tourists. Regardless, the working group gave Shambala’s project its approval.

Earlier this year, CJSC Shambala expressed interest in building a casino in the new gaming zone proposed for the Crimea region. While the plans to turn Crimea into the latest Russian casino hotspot have been around since Russia forcibly annexed the region several years ago, the actual development has been waiting on the building of a bridge across the Kerch Strait.

On Friday, Crimean media reported that this bridge isn’t expected to open until December 2018, and casino operators remain skittish about taking any concrete steps to put down roots in the 16 hectares of land that local authorities have designated as their new gaming zone.