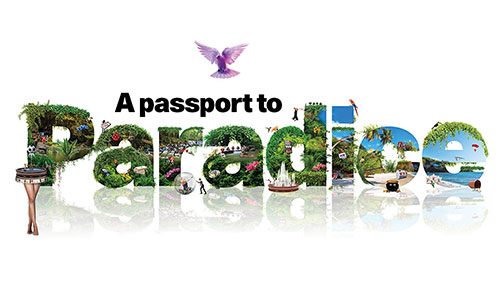 Passport to Paradice is the theme created by the marketing team at Clarion Gaming in support of ICE 2018 (6-8 February, ExCeL London, UK). The Paradice creative will spearhead another worldwide campaign which will be deployed through digital, print and social media channels reaching an audience of close to 80,000 targets in 200 international jurisdictions.

Dan Stone, Senior Marketing Manager responsible for ICE, said: “We’ve worked closely with our agency to continue the high standards of creativity associated with each of our ICE campaigns and which have seen the world’s biggest gaming expo either win or be nominated for best marketing programme in the Association of Exhibition Organisers Excellence Awards.

“Our objective is to bring levels of creativity and quality of thinking more commonly found in consumer marketing to the gaming industry. We have moved from our Shakespeare theme in support of ICE 2017 to the epic poem by John Milton to capture the imagination of gaming professionals throughout the world. The creative plays with the Paradice spelling and we have created a series of surreal icons to capture the vast nature of the gaming landscape that visitors will experience courtesy of the 500+ exhibitors who will be presenting their latest innovations and services at ICE 2018. Paradise is the term for a place of timeless harmony and translates across French, Latin, Greek and Hebrew.”

Clarion Gaming is reporting a big response to its competition run across social media offering stakeholders the opportunity to win a seven night holiday for two at the luxurious Paradise Island in the Bahamas. To enter the competition, which closes 31 October, 2017, stakeholders have to message their idea of paradise to the ICE Totally Gaming Twitter account @Talking_ICE with the hashtag #myparadise on Twitter.

ICE is the world’s most celebrated gaming expo which in 2017 attracted an independently audited record attendance of 30,213, a 6% year-on-year increase and the sixth consecutive year of growth. For more information visit: icetotallygaming.com