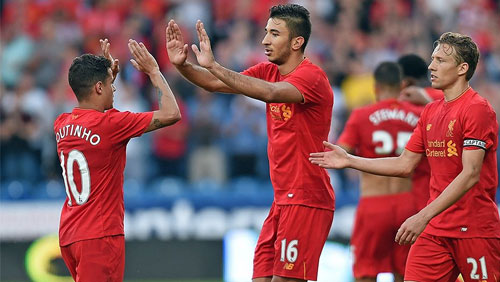 A round-up of Week 4 of Premier League action including a lashing for Liverpool in Manchester, Chelsea continue to show the form of champions with a third successive win, and a whole lot more.

After four weeks of Premier League frivolities, four teams have yet to taste defeat, and with Huddersfield playing on Monday night, we will begin with a look at three of them.

It was always going to be a stern test for United at Stoke. The Red Devils haven’t won at the Britannia since Alex Ferguson retired, and once again a well drilled Stoke side plonked corks on the pitchforks.

United entered the tie on the back of three wins, scoring ten goals without conceding. In 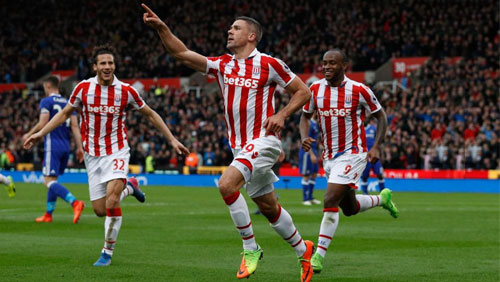 fact, you had to go back to last May when Harry Kane netted at White Hart Lane to find a tick in the deficit column for United.

All of that changed two minutes before half time.

Former United old boy Darren Fletcher swept the ball from left to right, another ex-red, Mame Biram Diouf found too much space outside of Matteo Darmian, and Eric Maxim Choupo-Moting met his cross to volley the ball home from close range.

Mark Hughes wanted his side to come in for their half time cup of warm Vimto with the lead, but United disappointed their former star with an injury time equaliser; Paul Pogba heading the ball into the net off the back of Marcus Rashford’s head, after a neat near post flick by Nemanja Matic.

The second half was a mere ten minutes old when United took the lead. Henry Mkhitaryan slid the ball through an advancing Stoke defence, Romelu Lukaku timed his run perfectly and put the ball past Jack Butland at the second attempt.

The primary reason United went 535 minutes without conceding a Premier League goal has been the form of David De Gea, and the Spaniard once against underlined his status as the world’s best goalkeeper when he pushed a near post chance from Jese Rodriguez over the bar.

But De Gea could do nothing to prevent Stoke from equalising. Shaqiri swung over a corner from the right, and a slip by Phil Jones allowed the Stoke player with the super cool name to head home at the far post.

United had chances to win the game, most notably, Romelu Lukaku blaring over the bar from eight yards out, and Butland diving low to prevent Kurt Zouma from scoring an injury time own goal, but Jose Mourinho had to settle for what he described as two points lost.

“Only one side wanted to win the game,” said Mourinho, who refused to shake Hughes’s hand after the match after the Welshman told him to get the hell out of his technical area during the game.

“I’m not sure why he didn’t want to shake my hand?” said Hughes.

Mourinho may be the Special One but has one classic trait that all the top managers have, the inability to take defeat gracefully.

The tie of the weekend became the washout of the weekend after referee Jon Moss sent Sadio Mane for an early shower after an innocent clash with the City keeper Ederson ended with the Brazilian incapable of finishing the game.

Up until that point, City was in pole position thanks to Sergio Aguero’s 171st goal for the club (only six off the record). But once reduced to ten men, Liverpool folded dramatically.

Gabriel Jesus added a second before half time after finding space in the centre of the goal to convert an easy header. The young Brazilian scored a second early in the second half after some charitable work by his strike partner, and a brace from Sane handed Jurgen Klopp his biggest hiding since 2006.

For Liverpool, it was the end of an impressive record playing away against the top sides. Before this avalanche of goals, Liverpool had won five and drawn four against teams who finished in the top seven places last term.

For City, it’s business as usual, as they continue to show why the bookmakers have made them the favourites to take the title at the end of the season.

Watford recorded their first win against Southampton in eight games to maintain their unbeaten start to the season, and at the same time, inflict a first defeat upon the Saints.

Silva’s side moves into fourth position, with two wins, and two draws, after a comfortable victory at St Mary’s, despite having to deal with the loss of Younes Kaboul and Kiko Femenia in the second half.

Watford took the lead in the 38th minute.

The Saints defence cleared a long throw towards the edge of the area, but Abdoulaye Doucoure controlled the ball before unleashing a cannonball into the net from 25-yards.

Daryl Janmaat came onto the pitch to replace the injured Femenia, and within four minutes he was offloading a cannonball of his own. The Dutch star sent a daisy cutter past the despairing Fraser Forster from all of 30-yards.

Southampton only registered one strike on target, and that came in injury time, underlining the problem Mauricio Pellegrino faces if he wants to improve upon the impressive showing of Claude Puel last season.

The South Coast club failed to find the net in six of their final eight league games, last season, and have begun this year without scoring in four of the five games they have played.

The champions continue to show everyone that the home defeat against Burnley at the start of the season was a blip with their third win on the trot. The Blues took down Leicester City in the King 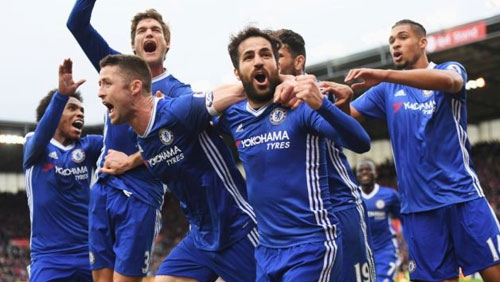 Power by 2-1. Alvaro Morata powering another header into the back of the net to give them the lead, Leicester old boy N’Golo Kante made it two when a speculative long range effort squeezed past Kasper Schmeichel. Jamie Vardy scored a consolation goal from the penalty spot.

Bournemouth’s dreadful start to the season continued with a three goal thrashing at the Emirates. Arsenal moves into eleventh spot after two goals from Danny Welbeck, and one from Alexandre Lacazette kept the south coast club in the bottom three with four losses on the spin.

In many ways, Everton looks like the new Spurs; it’s just unfortunate that on the weekend, Spurs looked like the new Chelsea. Two goals from Harry Kane (one a complete fluke) and a close range effort from Christian Eriksen ensured whatever Arsenal could do so could their arch rivals from across town.