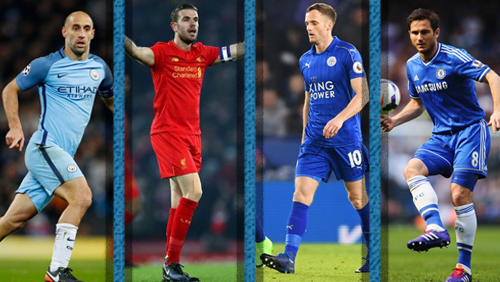 How rude of the World Cup to thrust a series of mindlessly boring international fixtures in front of our egg and chips. Unless, you were Belgian, in which case you are rather happy, and instead of egg and chips, it would be chips and chips.

The Premier League is back.

Before I take a look at the Week 4 fixtures, let’s see how accurate my Week 3 predictions were? 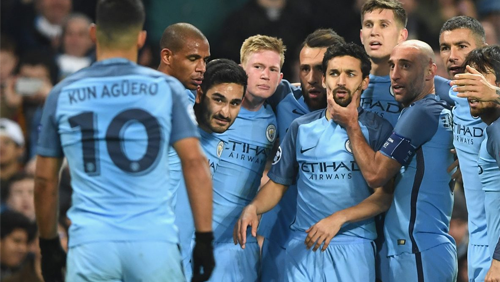 We correctly predicted that:

We did not predict that:

It was not a good week.

Let’s see if we can do better. 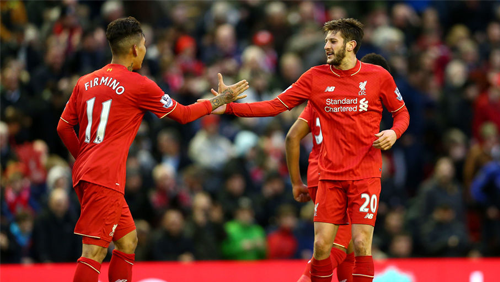 It’s a cracking weekend of fixtures, and it all begins with Premier League joint fourth favourites, Liverpool, traveling to the Etihad Stadium to take on the favourites Man City.

Only the league leaders, Man Utd, have scored more goals than Liverpool, with the front three of Sadio Mane, Roberto Firmino, and Mohamed Sala in inspiring form. And Liverpool crushed fellow title challengers Arsenal at the weekend, sending them to Manchester in fine fettle.

City, on the other hand, will face Liverpool without their old boy Raheem Sterling after his controversial sending off against Bournemouth. Old boys with boos ringing in their lug holes perform well against former sides, added to his two late goals this season, means Sterling will be sorely missed.

The biggest headache for City is how to keep out the Liverpool forward line. Vincent Kompany missed Belgium’s qualification into the 2018 Russia World Cup with injury, and City fans will hope it was only precautionary.

The form is with Liverpool, with City losing five of their last eight meetings, but they go into this crucial tie on the back of 11 premier league wins in succession.

After losing two of their opening three matches, Arsenal fans are already asking their grandmothers to start knitting the ‘Wenger Out!’ winter jumpers, but there is no way they will lose this game on the weekend.

Bournemouth has begun the season disastrously with three defeats on the bounce, and despite a plucky performance against Man City last time out, they won’t beat Arsenal at the Emirates.

The sides have met only five teams in history, with Arsenal winning four, and drawing one, with a 100% unbeaten home record for the Gunners.

Bournemouth is +200 for relegation.

N’Golo Kante’s influence on Leicester’s title winning season was accentuated by his absence the last term. Without Kante, Danny Drinkwater failed to lock up the midfield, and now, with both of them playing their football at Stamford Bridge, Leicester look extremely lightweight in the middle of the park.

It’s been a tough start to the season for the Foxes, having to face both Arsenal, Man Utd, and now Chelsea, but there is no room for tears in the toughest league in the world.

Chelsea is on a roll after beating both Spurs and Everton in their last two league games, and have only failed to beat Leicester twice in 13 games stretching back to 2001, and have won their previous three games, outscoring Craig Shakespeare’s side by 11-2. 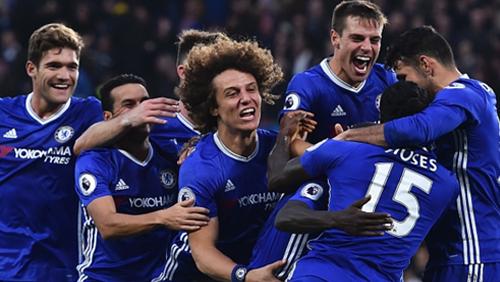 One of these sides is going to lose their unbeaten run this coming weekend, and it’s not going to be Southampton.

The Saints are in the Top Five of the Premier League stat list for possession, passing, and shots at goal, but they cannot stick the ball into the back of the net.

Watford has started life under Marco Silva in good form, but have failed to beat Southampton in any of their previous seven matches, and I believe they will also lose this one by a goal to nil.

Everton’s frontman has enjoyed a decent start to the season with two goals, but there will be a cloud over his head after his recent drink driving charges, and philandering, putting question marks over the future of his marriage.

Compare his tribulations with Spurs Dele Alli who has been involved in 23 goals in 24 Premier League ties (17 goals, six assists), and Harry Kane’s strike on goal rate (although he is yet to find the net), and this is going to be a tough tie for Everton.

Chelsea easily beat Everton before the international break, and the Toffeemen don’t have good form against Spurs, losing four and drawing five of their previous nine matches.

Brighton has failed to find the net in their opening three games. West Brom has only conceded one goal in three games and remain unbeaten. West Brom’s confidence has never been higher. Jay Rodriguez looks good up front with Salomon Rondon.

Man Utd has started the season in imperious form winning all three games, scoring ten, and conceding none. Stoke has also begun well with a win, draw, and loss. But United struggle at the Bet365 Stadium and are winless in their last four trips.

Will Stoke be able to keep the free scoring United at bay?

Do they have enough firepower to bother United at the other end?

I think United will continue their impressive form with an away win, but it will be close.

Second bottom of the league, six goals conceded, nil scored, and winless. It’s not exactly the start Frank de Boer envisaged when he took over from Sam Allardyce at Crystal Palace, and he is already the -250 favourite to be the first Premier League manager to get the boot.

Burnley has had a decent start to the season. Their home form is not what it once was, but Palace has only won once in nine visits. With the pressure on de Boer, and Wilfried Zaha still out nursing a knee injury, there is only one winner for me.

Both sides earned morale-boosting victories before the international break and will come into this tie in a good mental state.

Swansea, who lost Gylfi Sigurdsson to Everton also lost Fernando Llorente to Spurs, but Paul Clement has done well to fill the gaps with Renato Sanches and Wilfried Bony.

Newcastle has only won once in their last eight meetings, with Swansea winning six of those clashes. With Bony knowing the ground so well, he won’t take long to settle back into the swing of things after his disastrous move to Man City.

West Ham sits bottom of the table, having lost all three games, and conceding 10-goals in the process. But the Hammers were forced to play their first three games away from home and will be difficult to beat at the London Stadium.

Huddersfield is unbeaten in their first three Premier League games, and are yet to concede a goal, but Slaven Bilic needs his players to win to save his job, and that may be just enough to get West Ham off the mark.