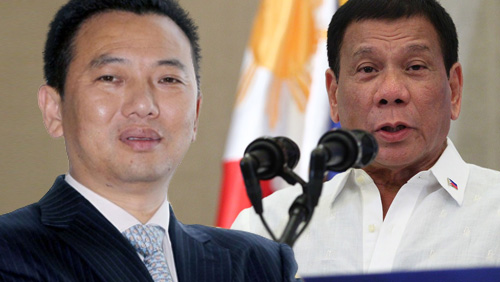 Landing announced that the firm’s senior management met with Duterte and his cabinet team at Malacanang Palace in Manila on Monday to present the company’s proposal to build an international branded theme park integrated resort.

This was not the first time that Landing bosses and Duterte met to discuss the company’s desire to invest in the Southeast Asian island nation.

“Following our first meeting with the President in May 2017 in Hong Kong to discuss investment opportunities in the Philippines, we are pleased to share with President Duterte our vision for tourism in the country and our proposal to build an iconic branded theme park integrated resort on the Philippines that all Filipinos will be very proud of,” Yang said.

According to Landing’s proposal, the Chinese firm will build Asia’s first movie-themed indoor theme park, waterpark, as well as many other leisure and entertainment facilities.

Instead of building a casino resort in PAGCOR’s Entertainment City, Landing reportedly plan to reclaim 147 hectares of Manila Bay.

“When opened, the branded theme park integrated resort will enhance Philippines’ tourism appeal, complement the existing tourists’ attractions and resorts as well as create significant employment opportunities for the locals as well as returning Filipinos who are currently working overseas,” Yang said.

Many observers were left wondering about the possible implication of Landing’s casino investment in the Philippines. China has recently imposed a ban on putting their money on “irrational” overseas investments, such as gambling.