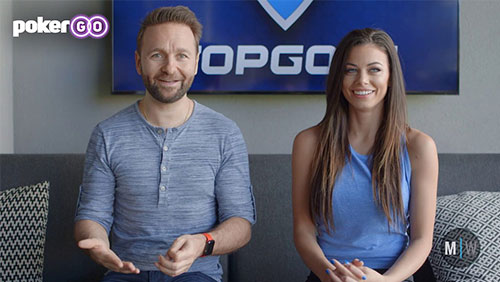 Poker Central and PokerGO continue to provide punters with a steady stream of original content with the creation of a reality TV show called Major Wager, featuring the likes of Daniel Negreanu, Antonio Esfandiari, and Samantha Abernathy. 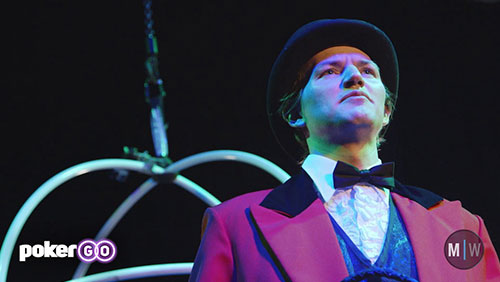 My lad is fascinated by a YouTube channel where people bathe in glue, staple their foreskins to the inside of their thighs, and all manner of bizarre self-mutilative practices. Impaling a scrotum on a chopstick is not my idea of fun, but what do I know? When I was his age, we only had three TV channels.

Of course, it makes sense, the dare and double dare has been a part of the draconian drill of childhood for generations. If you refuse to be involved, you are a sinner, and you will burn in hell.

So, when I entered the beehive of the poker world, I wasn’t surprised to see a few of these damaging stings in amongst all the honey. Professional poker players play a game of cards for a living, how close to your childhood do you want to get.

Antonio Esfandiari pissed in a container at his table at the PokerStars Caribbean Adventure (PCA), so he could win a $50,000 lunge prop bet with Bill Perkins.

Brian Zembic had breast implants so he could win a $100,000 bet with a friend. The gambler only had to keep them for a year but liked feeling his tits so much he kept them for the next two decades.

Bill Perkins paid Jeff Gross half a million dollars to have a gay pride rainbow tattoo on the base of his neck.

Ok, perhaps not all prop bets are equal when it comes to severity v profit.

It’s no surprise, therefore, that Poker Central has created a reality TV show based on the dare and double dare philosophy called Major Wager.

Poker Central partners with Roundhead Creative on the project. The New York based creative geniuses include work on Homeland, The Walking Dead, and Ray Donovan as part of their roll of honour. They also have previous experience working on reality TV shows such as Dancing With the Stars.

The promo for the new show explains how the pros square off against each other in a series of challenges based on the Las Vegas lifestyle. So you get to see them pole dancing, driving motor cars, being circus performers, and having a spot of golf.

Those of you currently staring through stained glass windows at a vision of Samantha Abernathy sliding down the pole will be sorely disappointed.

The first of the five episodes air on PokerGO, September 5, and I don’t see why you can’t pay the $10 per month ($100 for the year) subscription fee now the end of Game of Thrones has left us with nothing else worth living for.