Home / Sports / David James on his life after football 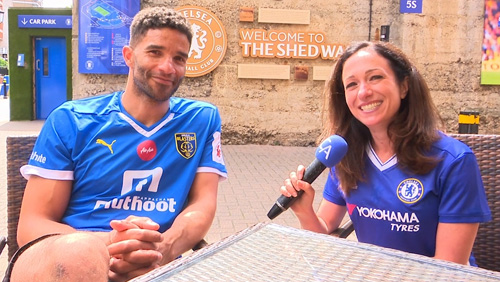 In this interview with CalvinAyre.com’s Becky Liggero, former football star David James shares his passions in life after football.

The last time we saw English goalkeeper David James play in the World Cup Finals was in 2010 in South Africa. He was best known as the oldest over World Cup debutant at 39 years and 321 days old.

The English club relied on James to ensure that the team will reach the last 16 after fellow goalkeeper Robert Green committed a blunder, allowing the United States to score an equalizer.

After the 2010 World Cup, James jumped from one football club to another until his retirement in 2013, donning the Icelandic club ÍBV Vestmannaeyjar jersey for the very last time.

His retirement, however, didn’t end James’ passion for football.

James took as step forward, albeit in another direction, in his football career as a manager and team coach. He said took the player-manager role in Kerala Blasters FC for the 2014 Indian Super League season after his retirement.

He said he loves football so much that he wants to share his passion to other people.

“I license coach at the moment. I’m going on with my pro-license, so to manage somewhere. Difficult. A bit like the career. If I’m going to get a manager’s job then that would be sort of another highlight,” James told CalvinAyre.com. “I’m also looking to diversify more, going to coaching clinics because I think, you want to influence performance, and therefore influence games, rather than just talk about it.”

Looking back, James said that he had a colorful football life. He was the go-to-person by England during the team’s Euro 2004 and the 2010 World Cup campaigns. He was appointed a Member of the Order of the British Empire (MBE) in the 2012 Birthday Honors for services to football and charity.

The proudest moment of his life, according to James, was his professional debut.

“Until you make your debut, you’re not a professional footballer in many people’s eyes,” he said. “So I think my proudest moment is making a debut and after that I was so fortunate to play with many good football clubs, play for the national team, play in the World Cup finals, and win trophies as well. The debut is the main one.”

At home, James also plays FIFA video games with his son during their free time. He couldn’t help but note how far the game has come since it was introduced in 1997.

“The thing is, I lost faith in gaming because it wasn’t realistic many, many years ago. To come back into it now, obviously the graphics are sensational, you’ve got player expressions and everything you never had before. The tricks are good, and if you got a good player playing, unfortunately I’m not that person. Yeah they are fantastic,” he said. “I know that it is not just about gaming, you got player profile, you’ve got profiles with career, with performance, and it brings a whole new level to gaming. It’s not just about press start and play, press pause and change formations, rotate this and rotate that.”