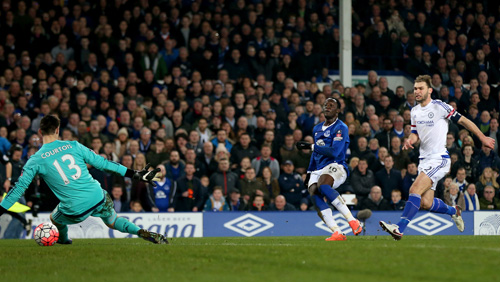 Lee Davy previews the weekend’s Premier League fixtures including a great chance for West Brom and Huddersfield to maintain maximum points, another tough match for Everton, and Arsenal visits Liverpool.


Before we move on to this weekend’s fixtures, let’s take a look at our predictions last week.

We had a punt in eight matches.

We correctly predicted that:

Everton would draw with Man City

We did not predict that:

Let’s see if we can maintain that form going into Week 3.

Premier League title favourites Manchester City, usually give Bournemouth a good kick-in and I can’t see this weekend being any different.

Pep Guardiola’s side has won the last four times, outscoring the Cherries by 15 – 1, and Bournemouth’s morale will be low after losing their first two games without scoring a goal.

Jermaine Defoe is expected to make his Bournemouth debut following his summer move from Sunderland, and City has a chink in their defence with Kyle Walker missing through suspension.

Last week I predicted that Eddie Howe would lose his job by the end of the season, and if he loses three games on the spin, those odds will shorten tremendously, and I think that will happen.

Don’t expect any tectonic movement in this one.

Both sides have suffered terrible starts to the new campaign, with neither of them finding the net. It’s very early doors, but it’s no exaggeration to say that this is a vital clash, with both sides looking likely to feature at the end of season relegation squabble.

Swansea travels to Selhurst Park on the back of a hammering against Manchester United, but it’s worth noting the Swans held the Reds at bay until ten minutes from time.

The Welsh side will be confident, winning six of their 11 previous meetings, including four times in London. I still think they will struggle to score this season, without Gylfi Sigurdsson, and with Frank de Boer deciding to once again rest Wilfried Zaha, I see this one being a very low scoring draw, either 0-0, or 1-1.

This tie has a Watford win all over it.

During the epoch of the Championships, Watford was unbeaten in their five previous confrontations against Brighton, and Marco Silva will make the Hornet’s nest a forbidding place, as he did at previous clubs Hull, Olympiacos, and Sporting.

They began with a high scoring home draw against Liverpool and followed that up with an impressive away win at Bournemouth. They do have some injury concerns with Daryl Janmaat, Tommie Hoban, Roberto Pereyra, and Younes Kaboul all on the sick list.

Brighton has lost their opening two ties without scoring a goal. They have received a boost with the news that their £13.5m record signing from Club Brugge, Jose Izquierdo, has received international clearance to make his debut. Izquierdo netted 34 times in 84 appearances for the Belgian side and will be hoping to transfer that form to Chris Hughton’s side.

Huddersfield will be hoping not to follow in the footsteps of Hull City,  who began the last term with two wins on the bounce before a 1-0 defeat at home to Man Utd led to an eight game winless streak, and eventual relegation.

The visit of Southampton is a new one for the Terriers; the pair have not met for seven years, so we won’t be relying on historical evidence when summing this one up.

Huddersfield will be on a high, whereas Southampton arrives under a dark cloud, as it seems likely that their star defender Virgil van Dijk could join Arsenal before the window closes.

With this in mind, I believe it’s enough of a headache to prevent the Saints from firing on all cylinders, but with Charlie Austin and Manolo Gabbiadini leading the Saints front line, I think they’ll score.

Another vital game between two sides yet to register a single point in the first two league games.

Manchester United spanked West Ham on the opening day of the season, but they were unlucky to lose to the last minute penalty at Southampton last time out.

Newcastle has looked woefully short on attacking options, and it’s difficult to see how they can survive unless Rafael Benitez pulls a goal scoring rabbit out of his hat in the coming weeks.

West Ham doesn’t fair to well against the Magpies. Newcastle has beaten the Hammers on the two previous occasions they have visited St James Park.

I won’t dwell on this tie for two long. Both teams have started the season with a raft of goals, but United has only lost twice against Leicester since 1998. United have won the vast majority of the 19-previously mentioned ties, and that includes the last three on the spin.

With Jose Mourinho able to name an unchanged side, I can only see one winner in this one.

It’s more likely that an asteroid will wipe out humankind than this game being anything other than a bore-fest. That said, I expect West Brom to win their third straight game, keeping pace with Man Utd at the top of the table.

It’s the first time West Brom has won their opening two top flight games in the club’s history, and despite speculation linking Jonny Evans with Man City, I expect Tony Pulis’s side to win this one by a goal to nil.

Stoke did beat Arsenal in their last game thanks to a debut goal from Jese, but West Brom will be too well drilled to give the former Real Madrid and PSG winger much of a sniff in this one.

West Brom has won the last three meetings between the sides.

Not since the Ice Age has the Premier League fixture list computer had this much fun. Everton must be wondering what they have done wrong after being drawn to face Chelsea, Man City, Spurs, and Man Utd in successive Premier League games.

I guess if you want to be the best, you have to beat the best.

Everton arrives at Stamford Bridge on a high after an opening day victory over Stoke, and a great point at Man City. Wayne Rooney has scored two in two since joining from Man Utd, and you can expect Gylfi Sigurdsson to join him up front after his recent move from Swansea.

Chelsea started abysmally with a home defeat to Burnley, but they bounced back as champions do with a victory over Spurs at Wembley. With Everton not winning at Stamford bridge since 1994, I am going to go with the champions on this one.

If there was a Mowgli v Shere Khan tie then this is it, only in this production, the little boy gets eaten.

Burnley travels to Wembley to face Spurs on the back of a home defeat against West Brom, which was such a disappointment for them after winning against the champions on opening day.

Spurs have only won one of their previous nine games at Wembley and were beaten by Chelsea last weekend, despite dominating possession. Burnley, on the other hand, is woeful on the road, so I expect Spurs to pick up a much needed Wembley win. 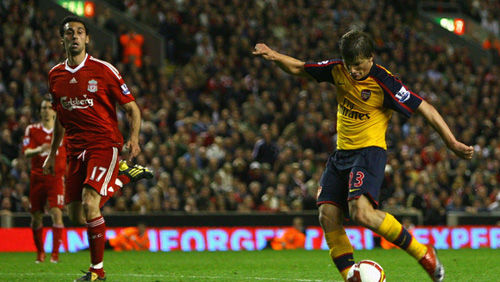 Both sides come into this tie with question marks hanging over their two best players. Liverpool has rejected a third Barcelona bid for Philippe Coutinho, worth an estimated £118m, but Guillem Balague believes Barcelona won’t give up and are expected to make a fourth bid of £138.4m later today.

Arsenal has a similar problem with their star man, Alexis Sanchez. The Chilean, in his last year of his contract, is a target for Manchester City, and although numbers aren’t circulating, it would be unwise for Arsenal not to cash in on their best talent.

Coutinho misses the match through injury, Sanchez is expected to make his first (and possibly his last) appearance in an Arsenal shirt after overcoming a slight knock.

Arsenal hasn’t won at Anfield for five years, but I expect that run to end, with the Gunners winning a tight high scoring match 3-2 or 4-3.