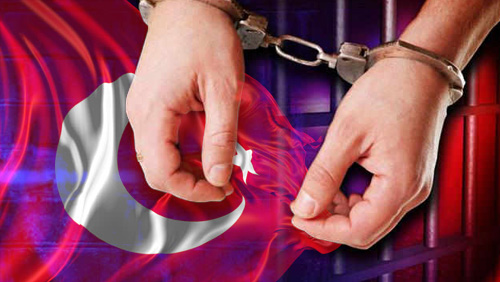 According to the report, the Büyükçekmece Chief Public Prosecutor’s Office ordered the arrest of Sahin for “establishing an organization to commit a crime” and “opposing the legislation on betting and luck games in football and other sporting events.”

“I came to Turkey because of my father’s illness. I was going to take my dad to Istanbul. Passport was seized. I am a businessman. I have to travel abroad,” Sahin said, according to the report.

The police also arrested 25 other men for “becoming a knight member to commit a crime” and violating gambling law.

Police seized around £6m in cash as well as other assets, including luxury cars and apartment blocks. Reports pegged the value value of the assets seized in Cyprus at £150 million, while the Turkish-based assets totaled $780 million.

The illegal gambling operation was uncovered thanks to a tip given by a local real estate mogul to the police. The mogul complained to the police that his 22-year-old nephew had lost thousands of dollars betting online.

Istanbul Police traced the gambling sites to an office in Turkey, in which hidden cameras were installed. Sahin’s involvement in the illegal betting operation was uncovered via paper and money trails.