August 2017 – London — As the Premier League celebrates its 25th anniversary, Britain’s bookmakers will have their own reason to rejoice, with Worldpay predicting the biggest-ever opening weekend for online betting.

Compared to the previous weekend, which marked the start of the rest of the English Football League, the 2016/17 Premiership opening weekend saw a 12%[1] increase in the volume of bets placed. The average spend per deposit also increased by 5%[2], indicating that the high-profile Premiership matches attract more big-ticket betting than the lower leagues. As the 2017/18 Premier League season kicks off this weekend, Britain’s online bookies will be reminded of how lucrative the league can be, with more bets expected to be placed than ever before.

An analysis of Worldpay’s data has revealed a significant rise in the popularity of online betting over the past two seasons, with the number of transactions rising by 15%[3] in 2015/2016 relative to the previous season, and by an additional 19%[4] in 2016/2017. 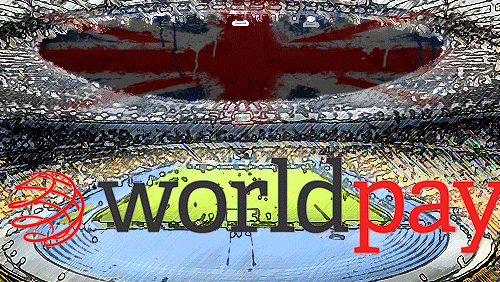 James McGurn, VP Growth – Digital Content and Gaming, Global eCom at Worldpay said: “Since the formation of the Premier League 25 years ago, technology has transformed the way football fans experience the sport. The emergence of online and mobile gambling is making it more convenient than ever for punters to have a flutter, from the comfort of their own sofas or in the stadium itself.

“Our data shows just how valuable the Premiership is for Britain’s online bookies and reflects the continued popularity of the league up and down the country. Online betting has increased by a whopping 37%[5] over the past two years alone, so whether taking a punt on the next goal scorer, or predicting who will clinch the Premier League crown, we are expecting a record number of online bets this coming weekend.”

About the data
Figures quoted are according to Global eCom data for Worldpay’s regulated gambling customers during 13-15 August 2016 and 8-10 August 2015, and includes more than 150 of the biggest names in the gambling industry. Worldpay processed a total of 14.9bn transactions at a value of £451.1bn in 2016.

About Worldpay
Worldpay is a leading payments company with global reach. We provide an extensive range of technology-led payment products and services to around 400,000 customers, enabling their businesses to grow and prosper. We manage the increasing complexity of the payments landscape for our customers, allowing them to accept the widest range of payment types around the world. Using our network and technology, we are able to process payments from geographies covering 99% of global GDP, across 146 countries and 126 currencies. We help our customers to accept more than 300 different payment types.