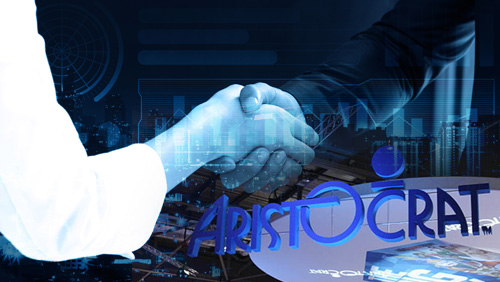 In a filing to the Australian Stock Exchange, the company announced that it has signed a binding agreement to buy 100 percent of Plarium for a total consideration of US$500 million cash, subject to customary completion adjustments.

Aristocrat plans to fund the acquisition via existing cash and an incremental US$425 million, seven-year term Loan B debit facility.

The deal is expected to boost Aristocrat’s exposure “to the fast growing digital market,” meaning that the company’s digital sources will grow to 22 percent of its overall revenue, based on results for the year that ended in March 2017.

With Plarium’s acquisition, Croker expects the company’s addressable market to expand from US$3.2 billion in the social casino segment to US$25.4 billion, when including strategy, RPG and casual segments. Plarium is a privately owned free-to-play mobile, social and web-based game developer which has been behind digital strategy games such as the popular Vikings: War of Clans.

“It also provides us with a stronger platform to target the US$43.6 billion overall mobile and web games market as growth segments,” the executive said.

Meanwhile, gaming technology company Pariplay has teamed up with UK-based software company 1X2 Network to roll out a full range of iGaming content to be distributed to operators through Pariplay’s Fusion content network.

Pariplay’s Fusion content network was launched in 2016 to provide iGaming operators with access to the real-money games in a single one-time integration.