Two different tales of a charitable nature including the North Carolina Governor vetoing a bill to allow gambling in the state to benefit charities, and the Charity Series of Poker hosting an event in Florida to help families who use the Joe DiMaggio’s Children’s Hospital. 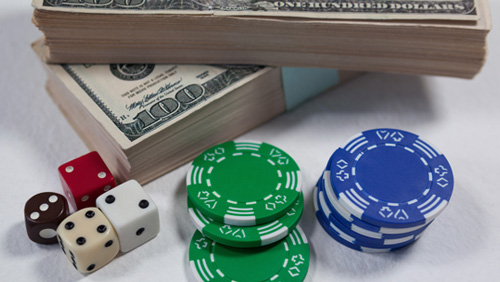 Shaggy once sang about it in a terrible song that used to batter my eardrums, and they are not the biggest fans of gambling.

It seems castration and cannibalism are preferred alternatives to having a game of cards in the Old North State.

But what about allowing a spot of gambling to help reduce suffering in the world?

Back in March, Senators Rick Gunn, Paul A. Lowe, and Kathy Harrington created Senate Bill 154: Charitable Fundraising for Nonprofit Orgs, in a bid to allow non-profit organisations, and their partners, to host casino or poker nights up to four times per year, to raise money for charitable endeavours.

For the longest time, it seemed the bill was picking up speed as the House and the Senate gave it the thumbs up by 76-32 and 27-15 votes, respectively.

And then it fell under the watchful eye of Governor Roy Cooper.

The evils of gambling were not going to be allowed in the Old North State, not while Gov. Cooper had his feet underneath the big oak desk.

Despite the apparent support for the bill, Cooper vetoed it, claiming that the new law was a gateway for the video poker machine manufacturers to ‘infiltrate our communities.’

Poker has become one of the most efficient ways of raising charitable funds in the gaming and sporting sectors. The partnership between the One Drop Foundation and World Series of Poker (WSOP) has created close to $20m in charitable donations, changing the lives of 200,000 people.

Get a grip, North Carolina.

Charity Series of Poker Heads Back to Florida

Another charity that reduces suffering in the world via poker is the Charity Series of Poker (CSOP), and Matt Stout and the team are heading back to Florida for their 11th event.

The Seminole Hard Rock Hotel & Casino, and CSOP are partnering to host The Jeff Conine Celebrity Poker Classic. The event takes place Monday, August 7, with a two-hour pre-party beginning at 5 pm, where players will be encouraged to get as drunk as humanly possible so they can rebuy with impunity once the event begins at 7 pm.

The $300 buy-in No-Limit Hold’em event has unlimited rebuys for the first two hours, and all money raised will go towards the Jeff Conine Clubhouse and the Joe DiMaggio Children’s Hospital. There will be a silent auction and $30,000 in prizes to be won including a first place package valued at $10,000 including a $5,300 Main Event seat into the Seminole Hard Rock Poker Open Championship event.

“We’re glad to be teaming up with the Jeff Conine Poker Classic to raise money for the Conine Clubhouse at Joe DiMaggio Children’s Hospital. It’s a home away from home for kids undergoing treatment at the hospital, and it feels great to be able to help such a worthy cause. They’ve been running this event for five years already, and we hope to help them take it to the next level now that they’ve brought it to Hard Rock to be a part of the Seminole Hard Rock Poker Open Big 4.”


The Jeff Conine Celebrity Poker Classic is in its sixth year where it raises funds for the Conine Clubhouse, a place where families can stay when their children are undergoing treatment at Joe DiMaggio’s Children’s Hospital.