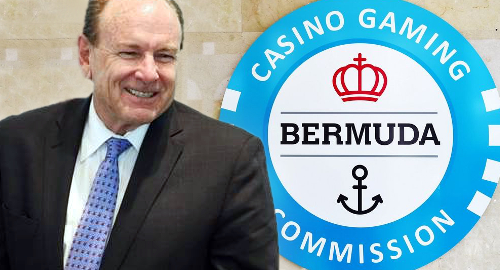 Richard Schuetz is stepping down from the Bermuda Casino Gaming Commission (BCGC) just as the country prepares to issue its first casino license.

On Monday, Bermudian media reported that Schuetz had announced his resignation as BCGC executive director for “personal and professional reasons.” Schuetz intends to continue to serve in his current capacity until the end of the year and will assist in identifying candidates to replace him.

It’s been nearly two years since Schuetz joined the BCGC following a lengthy stint as a member of the California Gambling Control Commission. Schuetz’s experience was seen as a valued asset as Bermuda refined its legislative and regulatory scheme to prepare for the launch of its own casino marketplace.

Speaking of, July 21 marked the deadline for would-be Bermudian casino operators to meet the BCGC’s request for proposals. A couple days later, the BCGC announced that Hamilton Princess Casino Limited Company had submitted a “substantially completed Casino License Application” to add a casino within the Hamilton Princess Beach Club (the official hotel of the America’s Cup sailing derby).

Details of the Hamilton proposal remain under wraps but the company will make its formal presentation to the BCGC at a public meeting on September 22. BCGC chairman Alan Dunch said the meeting would be “an important step towards realizing the public policy goals of the Casino Act.”

Dunch described the Hamilton application as “fully funded,” a shot at critics who’d suggested the $600k fee that applicants were required to submit along with their proposal was too high. At least three other local properties – St. George’s Club, Fairmont Southampton and the Morgan’s Point hotel – have applied for designation as potential casino sites. Such designation doesn’t guarantee a casino license will be granted, however.

Assuming the applicants’ pitches meet with BCGC approval, they will then be required to pay a $1.4m provisional license fee as well as a final $1m casino license fee before being allowed to get their gamble on.