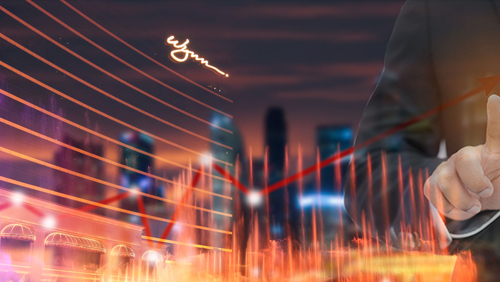 US casino operator Wynn Resorts saw its revenue rise 44.5 percent on the back of robust gambling in Macau during the second quarter.

Wynn attributed the revenue increase to strong performances at both Wynn Palace, which opened in the third quarter of 2016, and Wynn Macau.

Net revenues and adjusted EBITDA from Wynn Palace were $414.7 million and $87.4 million, respectively.

“Wynn Macau/Encore continues to perform very well, with notable growth in VIP and slots, and only a modest decline in mass tables,” Union Gaming analyst Grant Govertsen said in an e-mailed statement. “Ultimately, we believe the buzz of activity on the peninsula, with Wynn in the middle and capturing above its fair share, continues to drive results. This is what needs to be replicated on the east side of Cotai over time.”

Adding fuel to Wynn’s revenue resurgence is its Las Vegas operations, which rose 4.8 percent to $139.3 million in the second quarter of 2017 from $132.9 million from the comparable quarter last year. Adjusted Property EBITDA from Las Vegas Operations was $132.2 million, an 8.1% year-over-year increase.