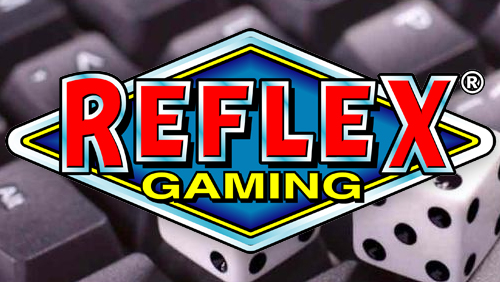 Reflex Gaming has announced its second major business win of the year, concluding an international games deal with BetVictor. Under the terms of the agreement, BetVictor will take the portfolio of Reflex games across their entire international business. The BetVictor distribution agreement is the second step in Reflex Gaming’s online development strategy and follows the contract with William Hill, which was signed at February’s ICE exhibition. Reflex has also confirmed that it is on poised to announce additional business wins with Tier 1 operators in Q3 of 2017.

Former Inspired senior executive Mat Ingram, who was appointed Chief Product Officer at Reflex in July 2016, is pleased with the progress that’s being made and the positive response from the market. “Reflex entered the digital space with a fantastic reputation for creative game content earned in bricks and mortar gaming but as relative online unknowns” he said. “We took the lessons learned at ICE 2016, invested in our infrastructure, invested in the team, signed a RGS deal with Gameiom and have now secured two significant contracts with bluechip, highly respected organisations. Some of the games have been designed specifically for BetVictor and will be exclusive to them. All games in the portfolio have been fully localised to BetVictor’s international requirements and are available on desktop, mobile and tablet.”

He added: “I think having a strong and independent identity is something that the market values. The team, which has been strengthened with the appointment of Senior Game Producer Steve Kick and his counterpart Mike Salt, who is responsible for analogue development, is hungry for success.  We’ve been described as the ‘new kids on the digital block’ and there is an energy which is more often associated with start-ups, however in our case we also have the substance to have been named one of the UK’s most successful privately owned tech companies and the track record of a business that was established in 2004. It’s a great combination and one which provides a solid platform for continued growth.”