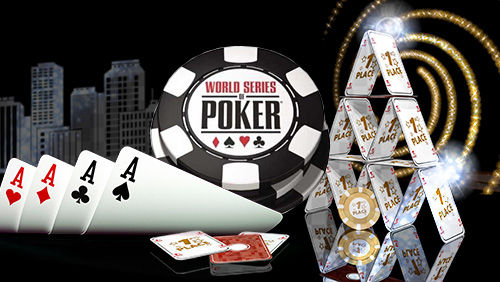 The 48th Annual World Series of Poker was another record-breaking year, including most number of entrants, largest Main Event starting flight, and more ITM finishes than ever before.

The number crunchers have finally emerged from their underground bunker. We have the results. The 48th Annual World Series of Poker (WSOP) was another record-breaker.

The 48th annual event sucked 120,995 entrants through the Rio doors, meaning the most prestigious poker tournament series of them all trekked into the 120,000 entrant mark for the first time, up 12.2% from last year’s record-breaking numbers.

With the Colossus numbers dropping on an annual basis, the WSOP has to continually come up with new tricks to retain the record-breaking momentum, and this year it was the $365 buy-in GIANT that made all the difference dragging in 10,015 entrants.

The GIANT wasn’t the only event to click the spurs on their cowboy boots, and shoot off into the distance. The Crazy Eights event attracted 8,120 entrants, 1,359 more than 2016. And the Pot-Limit Omaha (PLO) games performed well, particularly the $565 buy-in event affectionately known as the PLOssus, which attracted a record 3,186 entrants, 703 more than last year,  and a new record for a non-Hold’em event.

The one area that was more orc than elf was the non-Hold’em events. Of the 27-events that also took place last year, 17 of them had dwindling attendances, with the only upward trends coming in eight PLO events and two Seven Card Stud events. Every other non-Hold’em event was down on 2016 numbers. But thanks to those PLOssus numbers, the mixed games still came in ahead of last year’s figures with a 715 entrant increase overall.

There were a record seven distinct events that contained prize pools more than a million bucks, eight games had field sizes that reached beyond the 4,000 mark, and six of them went further than the 6,000 entrant mark.

John Racener and Chris Ferguson both cashed 17-times, the first time that had ever happened. Phil Hellmuth had a disappointing year but still managed to extend his record number of cashes to 126, and Daniel Negreanu and Men Nguyen both celebrated 100 WSOP cashes.

The one award nobody wants belongs to Tony Cousineau who has now cashed in 78 bracelet events without winning anything. He made money four times this year.

Finally, it was a great year for the Main Event.

The 7,221 player field was the largest since 2010 and the third largest in history behind the 2006 & 2010 finals. The 4,262 players who turned up to play Day 1c were all record-breakers, as it was the biggest single day tally in Main Event history.

Next up the World Series of Poker Europe (WSOPE) in Rozvadov, Czech Republic, Oct 19 – Nov 10, which also promises to break many records.