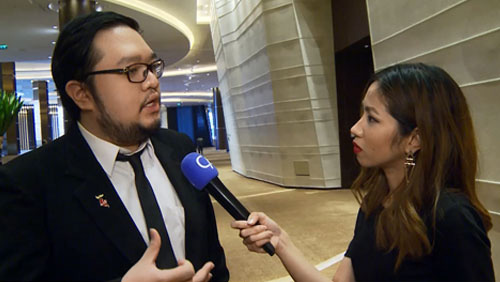 In this interview with CalvinAyre.com’s Stephanie Raquel, William Tjahyadi of the Indonesian eSports Association explains how operators may be able to tap into largest Southeast Asian economy.

Despite having the largest economy among the 10 member states of the Association of Southeast Asian Nations, Indonesia remains low among gambling operators’ preferred investment destinations due to its anti-gambling stance.

Operators avoid Indonesia like danger since those caught gambling are severely punished.  Convicted gamblers can be imprisoned up to 10 years and public beatings of felons are common.

There is, however, one sector in the gambling industry that may be able to thrive in Indonesia despite the stringent anti-gambling laws in the country and that is online betting.

William Tjahyadi of Indonesia eSports Association said that online betting is much alive in Indonesia since there’s no regulation that will prevent players from punting in the cyber world. In fact, betting on eSports teams are getting popular in the Southeast Asian nation.

“Basically, Indonesia is illegal to bet on anything but they can do that online because in online, the regulations are pretty weak and you can find potholes to do that. Basically, you can bet on eSports matches through online sites,” Tjahyadi told CalvinAyre.com.

Unlike five years ago, Tjahyadi said eSports has become a multi-million industry in Indonesia. Indonesia now sends teams to compete against other eSports players around the world.

Meanwhile, Tjahyadi said that gambling operators may capitalize on the global popularity of eSports by sponsoring eSports teams. He pointed out that Fnatic, which is considered to be the most famous eSports team in the world, gets sponsorship from online betting website Dafabet.

“There’s many big online betting sites that are sponsoring eSports team. Their brands are recognizable by eSports enthusiasts,” he said. “You can try to sponsor more tournaments so everyone will know that betting for eSports exist.”

To protect the integrity of the game, Tjahyadi said that they implement the same preventive measures applied by traditional sports against match-fixing cases.

“Match-fixing has plagued many kinds of sports. What we do is we ban, we do harsh treatment to the players involved in match-fixing, who throws the game or he cheats. We do lifetime ban. Once he get caught in match-fixing he will not be able to compete in other matches from now on. End of the career,” he said.