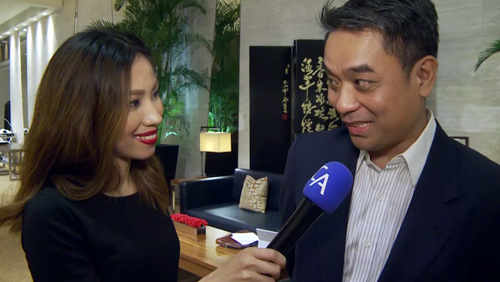 Social mobile game players, as we all know, are in it for the entertainment. So what can operators do to influence these people to cross into real money games?

Entertainment may be the key, according to HatchAsia’s Ron Arambulo.

“The entertainment factor is really the driver, it’s not about cashing out when you’re playing on the social media platform,” Arambulo told CalvinAyre.com. “[People] look at their phones close to 150 times a day at least, and that basically gives you the ability to attract their attention and engage these players who just love to see the game and love to play.”

Arambulo said that to attracted the 20-40 demographic, who are heavy users of social media and smartphone, operators can do one of two things: Use entertainment as a marketing channel or turn it into a revenue stream on its own.

“Use it as a marketing channel to be able to, I guess, [offer] free play for the free players, and the more exposed they are to the game the more attracted that player will be to actually go into their land-based casino or online to look for the games,” he explained, “or turn it into a revenue stream on its own right, meaning to say if the game is designed to actually have bonus levels, charms, access, unlocks, new games then that in itself will generate some micro-transactions in terms of revenue and it can be a revenue stream in its own right.”

When asked what makes a successful social game, Arambulo said it all boils down on the game’s ability to engage and keep the players attention.

“From the social casino games that are out there normally, there’s a lot of bonus rounds, there’s a lot of activity going on on the screen, there are a lot of other features that you see while you’re playing just to continue to engage and attract their attention and when you actually switch off the app the ability for you to be notified and to sort of say, hey get back into the game and start playing again, ensuring that the player is effectively hooked to your game and continues to look forward to playing it, learning about it and seeing what’s new, so new content as well is key to having a very successful game,” he said.