Pokerography: The ninth law of power – win through actions, never through argument

The Pokerography series continues to delve deep into the thought provoking 48-Laws of Power by Robert Greene, this week taking a look at the ninth law: Win Through Actions, Never Through Argument


As a parent, I can finally understand the pain I caused my mother when she saw my face, after using it to block a series of foreheads that came my way. After the massacre, I blew my nose to clear the blood and heard my zygoma crack. 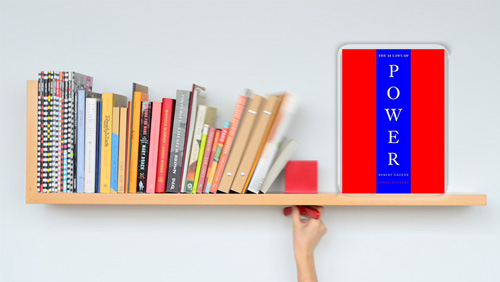 As a half-caste Chinese kid from England, growing up in the xenophobic South Wales Valleys, I had a few fights with people big enough to behead me with their bare hands.

As the roar filled the school yard with the force of some pissed off God, people told me I looked fearless, but I was frightened beyond belief. Once, after a bully had called me a Chinky Chinaman I replied:

“Come here and say that!”

As the man mountain started walking in my direction, I said:


Going fist to fist; head to head; kick in the balls to kick in the balls, is primal, and something you should avoid at all costs, but I prefer those days of bloodlust to the passive aggressive actions that flit around social media channels like a pigeon with maggots crawling out of the gut.

It’s not how you gain power.

So how do you react when a 140-word nuclear warhead is flying in your direction?

Robert Greene, the author of The 48-laws of Power, does a great job of covering it in Law #9: Win Through Actions, Never Through Argument, and there isn’t any blood in sight.

The Tale of the Train and The Power Mad Dictator


When I worked on the railway, they called me Golden Balls because I could do no wrong. Our CEO at the time was a man with a very loud bark. Folklore spread through the ranks that he would take no prisoners and demand you kneel and kiss his ring finger.

When I met him, I liked him instantly. The rumours were wrong. He was a man of high standards and took no shit. I respected him, and over time he learned to appreciate me.

One day, he was visiting the patch I was responsible for and wanted a cab ride from Port Talbot to Llanwern Steelworks, but could only travel between 10-12, meaning there was only one train that he could hop on, and it was a train that ran with a weak payload.

When my Managing Director heard about this, he demanded that the train ran fully laden as a demonstration of our ability to run profitable trains. I told him that it was impossible, that there wasn’t enough steel to move, and that I would speak directly with the CEO to explain.

The MD forbid me to talk to the CEO and told me that I wouldn’t have a job if I didn’t ensure the train was fully laden. I complained bitterly, but the MD was stoic and resolute. Eventually, succumbing to his demands, I moved a full train of steel from Port Talbot to Llanwern, and once the CEO was on his merry way, I brought the steel back. Had the CEO known I had done this, he would have gone ballistic.

I was trying to do the right thing for the business.

My argument was sound.

But my MD was the man in the position of power.

By arguing with him, I was telling him that he was wrong and that I didn’t respect his decision. By asserting that I could clear the air with the CEO, I was telling the MD that my relationship with him was stronger than his.

“By arguing with a superior, he impugns the intelligence of one more powerful than he is dealing with.” – Robert Greene.


In hindsight, I can see how I made my MD feel insecure and inferior in his beliefs.

After the train incident, I took every opportunity to tell people how much of a dick my MD was. Eventually, my golden balls shrivelled like tin foil. The MD hounded me daily, and eventually run me out of a company I had belonged to for 19-years.

It was a brutal lesson since which I have tried to demonstrate the faultlessness of my ideas more indirectly, like Doug Polk, for example.

What can we learn from Doug Polk when it comes to power?

After the pair had traded verbal abuse via social media channels, YouTube, and the poker media, it became apparent to Polk that he was losing the power struggle with Schwartz.

Schwartz is your typical no-nonsense working class lad who determines power by smashing his fist into your face. He also plays the loveable rogue to perfection, and I believe he was winning the war of words with Polk, ending his final tirade with a white-gloved slap across the cheek to play for rolls in Las Vegas. 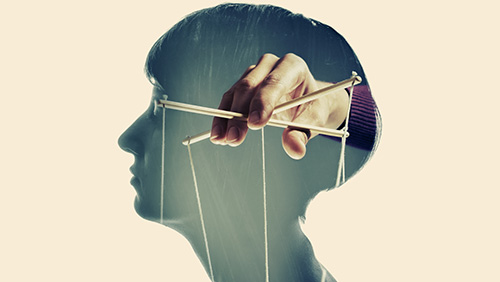 All great poker players focus on the long term, and Polk is a great poker player. With Schwartz stirring the pot and putting seeds of doubt into the minds of potential Upswing Poker customers, Polk had to act and act fast. He could have taken on Schwartz in Vegas, but that’s a short-term plan. Polk needed a better strategy.

Robert Greene says that when searching for power, you should always seek the indirect route. Polk did this by refusing to play Schwartz heads-up in Vegas and also refusing to continue the fight.

Polk could see that he had nothing to gain and everything to lose by trading insults with Schwartz via Twitter. Each time Doug Polk posted a graph of Luke Schwartz’s PokerStars winnings on his wall, and beamed that image to his fans, he was unwittingly bleeding power, and Schwartz was lapping it up like a bulimic vampire.

Then we all know what happened next.

With Schwartz telling all and sundry that Doug Polk can’t beat High Stakes Poker, and people within the poker community beginning to wonder if Schwartz had a point, Polk went and won the $111,111 One Drop High Roller for $3.6m.

Now that’s what I call a statement.

“It is much more powerful to get others to agree with you through your actions, without saying a word.” – Robert Greene.

I know what you’re thinking.

But who the hell cares?

From Polk’s perspective, there are now $3.6m more reasons why a struggling poker player should join Upswing Poker. His narrative has just gotten stronger, and his clan will grow exponentially as a result of his actions, and not his words.

With that one victory, Polk has proven his point to Schwartz, and he didn’t even have to offend him. And when you consider that we will say anything in the heat of the argument to prove our point, that’s no mean feat.

Polk made Schwartz feel his power.

“Never argue. In society, nothing must be discussed; give only results.” Benjamin Disraeli.

Robert Greene ends his treatise on showing true power through actions and not words by using this brilliant seesaw metaphor.

The Seesaw. Up and down and up and down go the arguers, getting nowhere fast. Get off the seesaw and show them your meaning without kicking or pushing. Leave them at the top and let gravity bring them gently to the ground.

There are too many pussies on social media trying to harm other people’s reputations because they don’t have one. What started out as a fun way to engage with your friends in 140-characters, has become a war zone for the people who battle like a World War Z Zombie online, but are scared of their own shadow in the real world.

Defending these mortar attacks takes time and energy. It creates feelings of angst, anger, and sometimes hate. And none of these feelings will help you win a poker game.

Save your energy and walk away.

Get off the seesaw.