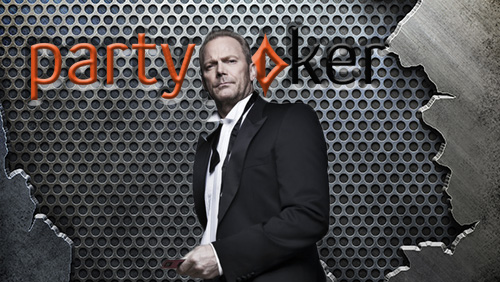 Partypoker continues to have faith in experience after signing the Netherlands All-Time Live Tournament Money earner, Marcel Luske, as their new brand ambassador.


When I first saw Marcel Luske sitting at the poker table, he struck me at someone who signs autographs with a fountain pen dipped in the blood of a thousand virgins.

A creme coloured suit covered a pristinely ironed white shirt with the ‘cool’ button open. His fingers were ringless. A watch hung off his left wrist, and an upside down pair of sunglasses sat proudly above a pair of eyes that looked like they had seen more stories than the Mini Bar in the Presidential Suite in Trump Plaza.

I remember looking at him thinking, “That’s what a professional poker player should look like.”

He looked like a man who had tasted a million different lipsticks.

But underneath all of the razzmatazz, I saw a man who learned how to read people by working his butt off in the market stalls of Amsterdam. A man who preferred a ballpoint pen to a fountain. A man who would much rather sit there playing cards in his shorts and sweats.

Marcel Luske is a hustler, and it’s for that reason that partypoker has decided to make him the face of the Netherlands market.

Nobody born in the Netherlands has won more money than Luske playing live tournaments. Since winning a 220-entrant Limit Stud event at the 1999 Master Classics of Poker in Amsterdam, Luske has gone on to win over $4m on live felts throughout the world.

Luske has been a mainstay on the partypoker tour, and a very vocal advocate for the online poker room via his social media channels, ever since his acrimonious split with PokerStars back in September 2014.

“I am very grateful for the opportunity, and cannot wait to get started! I look forward to being part of this new era with partypoker.” Luske stated on social media.

Experience is an important virtue for the partypoker hiring squad.

John Duthie came in as President of partypoker LIVE. Mike Sexton joined as Chairman of the whole shebang. Padraig Parkinson came in as the face of Ireland, and now the hiring of Luske.

Luske is also the second appointment with experience working at PokerStars after Johnny Lodden joined the team to spread the word in Scandinavia back in April; an experience that will place partypoker in good stead as they try to become the number one live tour operator in the world.

The suit is in the dry cleaners.

The patches are on order.

The blood is waiting for the quill.