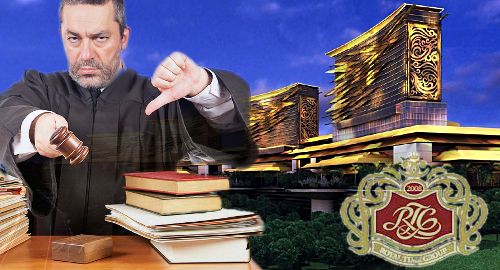 In April, the Development Corporation of the Primorsky Territory filed a claim with the Arbitration Court of Primorsky Krai seeking to terminate its dealings with Royal Time subsidiary Royal Time Primorye.

The claim was reportedly due to Royal Time’s inability to stick to a development schedule for its Primorye casino project, which was to operate under the name Phoenix. In March, Primorsky Territory Vice-Governor Evgeny Polyansky had publicly warned casino developers to stick to their timetables or their investment agreements would face the axe and the territory would levy stiff fines.

On June 1, the Court issued a ruling upholding the Development Corporation’s claim. Betting Business Russia quoted from the ruling, which authorized the termination of the contract for “investment project number nine” held by Royal Time Primorye, as well as the sublease agreement for the land on which the Phoenix resort was to be built. In one final indignity, the Court ordered Royal Time to pay RUB 12k ($212) in court costs.

While multiple projects have been proposed in the Primorye gaming zone, only one – Lawrence Ho’s Tigre de Cristal – has opened its doors to the public. Cambodian operator NagaCorp experienced delays in getting started on its Lighthouse resort project, but was reportedly getting close to pouring the foundation. Diamond Fortune Holdings says its Selena World Resort & Casino will open its first phase sometime next year.

Royal Time began preliminary work on the Phoenix site in March 2016 but Polyansky’s statement earlier this year singled out Royal Time for failing to meet benchmarks for progress. The company has undergone significant internal upheaval of late, replacing its CEO not once but twice just in the first three months of 2017.

Royal Time currently operates the Oracul casino in Russia’s Azov-City gaming zone, but all casinos in this zone have been ordered to cease operations as of December 31, 2018.

In April, the Office of the Altai Territory on Russia’s southern border with Kazakhstan issued a statement reminding the public that Royal Time had inked an investment agreement in 2014 to launch a casino in the territory’s Siberian Coin gaming zone.

This agreement required Royal Time to complete four “multifunctional entertainment complexes” by May 1, 2019. The statement said Royal Time planned to commence work on this project this year but added that failure to get underway as scheduled would result in the termination of the agreement.