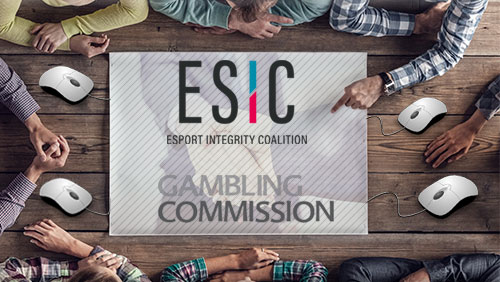 The Esports Integrity Coalition and the UK Gambling Commission sign a memorandum of understanding to share information appertaining to the integrity of esports as the popularity of the sport continues to grow.

The first recorded sporting event was a footrace as part of the Olympic Games in 760 BC, and I wasn’t there, but I would bet a date with my daughter that someone tried to trip someone else up as they all marched side by side in their sandals.

Wherever we have a sporting event, there will be people choosing to cheat to win. Somewhere along the way, our loving centre became tarnished with the need to be the best, and when people started gambling on the outcome of sporting events, then the cheating escalated accordingly.

And that’s why the formation of the Esports Integrity Coalition (ESIC) is of paramount importance as our concept of sport gets turned on its axis thanks to the burgeoning digital sporting industry.

Earlier this week, ESIC signed a landmark agreement with the UK Gambling Commission that will see both establishments acting as a two-way conduit for information relating to cheating, fraud and serious crime.

The Memorandum of Understanding (MOU) means the UK Gambling Commission recognises esports alongside the likes of football, tennis and the other major sports.

ESIC officials will work closely with the UK Gambling Commission’s Sports Betting Intelligence Unit (SBIU) created within the commission to deal with reports of betting irregularities.

Ian Smith, ESIC Commissioner, said the partnership allows ESIC to gain access to the significant resource and powers within the Gambling Commission.

Richard Watson, Programme Director at the Gambling Commission said the new partnership with ESIC helps improve public confidence in esports both as entertainment for those who wish to place bets on British licensed markets.

It’s not the first rodeo for ESIC in the land of MOUs.

In early March, ESIC and the Nevada Gaming Control Board (NGCB) signed an MOU to get ahead of any potential cheating and fraud as the sport begins to take off in the state.

The timing was perfect after Gov. Brian Sandoval signed Senate Bill 240 into law paving the way for the legalisation of esports under state law in the gambling mecca.