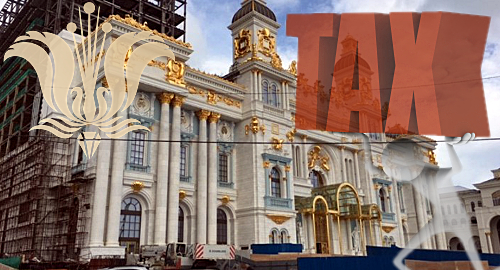 On Tuesday, IPI got one step closer to launching gaming operations at its in-development permanent gaming venue, the Imperial Pacific Resort, via a conditional certificate of occupancy issued by the Department of Public Works.

The DPW certificate essentially states that it doesn’t believe any gamblers will be harmed by falling masonry or the like, which wasn’t necessarily a given after all the bad press stemming from the work site’s dodgy safety record. The only remaining hurdle that IPI has to clear is to ask for and receive official clearance from the Commonwealth Casino Commission (CCC).

In the meantime, IPI has launched a pre-emptive strike against any move to impose new gaming revenue taxes on its operations. The original 40-year exclusive casino deal that IPI struck with Saipan in 2014 called for the company to pay a $15m annual license fee but legislators are considering a new bill that would impose a 5% tax on IPI’s gaming revenue.

IPI has now issued a statement detailing the financial contributions it has made to Saipan’s economy via its temporary casino Best Sunshine Live. Since landing on the island in 2014, IPI claims it has contributed over $201m to the local economy and remains committed to investing $2b in the Commonwealth of the Northern Mariana Islands (CNMI) over the length of its 40-year deal.

Over one-third ($77.6m) of this $201m came via Business Gross Revenue Tax (BGRT), and IPI claims this amount is greater than any other single investor has contributed. IPI paid $48m in BGRT last year and has already anted up $25m in the just the first four months of 2017, putting it on track for a $75m BGRT payment for the full year.

IPI also paid $30m in corporate income tax, $24.5m in excise tax on imported goods, nearly $65m in casino license fees and $4.5m to support the operations of the CCC, while IPI’s employees remitted $6.6m in payroll taxes. IPI has also donated $11.1m to the CNMI, of which $10m was donated in 2014 as vouchers to pay residents’ utility bills.

IPI notes that the CNMI’s primary industry is tourism, and it believes the company’s “aggressive local and offshore marketing campaigns” have contributed greatly to the local industry.

It remains to be seen whether IPI’s public accounting of its expenses will be enough to deter legislators from proceeding with their gaming revenue tax plan. IPI’s permanent resort keeps postponing its scheduled opening and CNMI acting governor Victor Hocog has suggested a gaming revenue tax wouldn’t be levied until the new property had gotten up to speed.