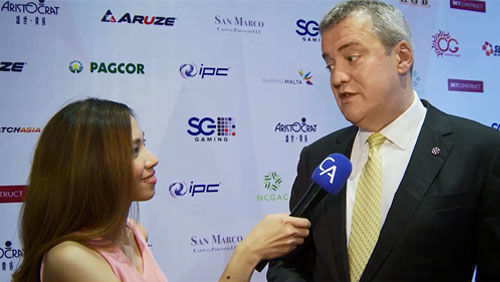 In this interview with CalvinAyre.com’s Stephanie Raquel, Steve Wolstenholme shares his thoughts on the opening of Japan casino market and its impact on the Philippine integrated resorts.

Japan is creating a big buzz these past few months after its legislature finally gave the green light to open a casino market in the world’s third-largest economy.

Analysts estimate that Japan may rake in between US$5 billion and $25 billion in gross gambling revenue when its casinos eventually open to the public.

The allure of the multi-billion dollar market has already caught the eyes of the world’s major casino operators such as Las Vegas Sands, Melco Resorts & Entertainment, Wynn Resorts, and MGM Resorts International.

Japan’s entry into the casino market derby is also expected to transform the industry in the Asia-Pacific region. While it is still too early to say that it could become the next Macau or Las Vegas, analysts expect Japan’s casino trajectory will follow that of Singapore.

Steve Wolstenholme, president of Okada Manila, said the legalization of casinos in Japan will benefit other casino jurisdictions in the region since it will give opportunities for people to experience different places and different integrated resorts.

The Philippines, for example, is in a great position to benefit from the additional awareness created by the Japan casino legalization.

“As far as Japan’s concerned, we don’t know exactly what the business model is going to look like – that is still being determined. Quite honestly, we are encouraged by any developments in the region,” Wolstenholme told CalvinAyre.com. “If we actually look at the Philippines, the location of the Entertainment City specifically, it is actually in the metropolitan area, one of the largest cities in the world. We have infrastructure spending that has been going on and quite honestly, changed the face of the people coming here, their perception of moving around, particularly if we look at the airport, to Entertainment City, back into Makati and those type of areas.”

He also believes that the Philippine casino market will thrive even with the opening of Japanese casino market due to the strong support of the government toward the industry.

The Philippine government, according to the Okada Manila president, has always been pro-business and pro-tourism. He said that these two attributes have contributed to a “really, really bright future for entertainment, hospitality, and integrated resorts here in the Philippines.”