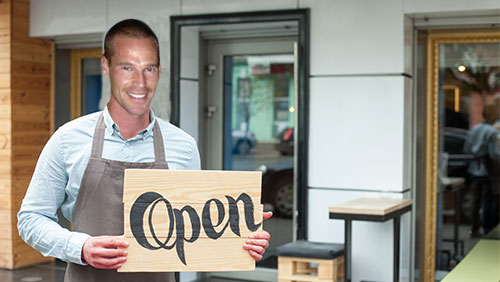 PokerStars Championship Monte Carlo news including PokerNews revealing that Patrik Antonius is keen on opening a poker room in Monaco, and victories for Adrian Mateos and Jack Salter.

I am a bit of a Patrik Antonius fanboy.

It’s not just his perfectly chiselled face. Each time I watched him competing on television, he always looked so goddam cool – the iceman.

So it was difficult for me, in 2011 when he took the lion share of John Eames chips in the €10,400 buy-in World Series of Poker Europe (WSOPE) Main Event because I had a piece and was hoping to retire.

And yet, when I stared at him, with all my pent up anger and frustration, one look from him melted my heart.

It’s a shame we don’t see him as often as we once did.

He is perfect for poker.

Antonius recently showed up at the PokerStars Championships Monte Carlo to compete in the €100,000 Super High Roller as you would expect considering it was his backyard. PokerNews Editor in Chief, Frank Op de Woerd, managed to spend some time with him and picked up a scoop.

It seems Antonius is so fed up with having to travel to Las Vegas and Asia to find action (he misses his family in Monaco), he is planning to open a poker room for high stakes in the principality.

The man, recently voted the sexiest poker player alive, by the poker community, isn’t interested in playing tournaments or online cash games. He believes if he gets the rake right, people will fly to him from all over the world and as he told Op de Woerd, I’m willing to play in any game with anyone.

Unless you are planning to travel to Monaco to compete with Antonius your best chance of catching a glimpse of the legend is in Barcelona in May where he will feature at the 888Live Barcelona Festival.

The Global Poker Index (GPI) top-ranked Spaniard, Adrian Mateos, has added another title to his trophy cabinet, after winning the €50,000 Single-Day High Roller.

The event attracted 52 players, and 12 re-entries, creating a prize pool of €3.1m, and €908,000 of that amount now belongs to the former World Series of Poker Europe (WSOPE) Main Event winner.

The tournament lasted 14-hours from start to finish, and it goes without saying that the final table was pretty outstanding, check it out for yourself:

Two men who made this final table deserve a special mention.

The first is Daniel Dvoress, who is fast becoming a final table reg at these events and his duck is just around the corner waiting to be broken.

The other person who is killing it is Erik Seidel. The New Yorker’s third place finish means there is just $995,135 between him and Daniel Negreanu at the top of the Hendon Mob All Time Live Tournament Money charts, and I think he will surpass the Canadian in the next 12-months.

Came in 3rd Monte Carlo 50k. Was feeling sharp jabs during final, does @RealKidPoker have a Voodoo doll?

In other Monte Carlo news, Jack Salter continued to flourish with a victory in the €2,200 PokerStars National High Roller. The event attracted 469 entrants, and Salter earned €142,600 for his troubles after defeating Mikhail Korotkikh in heads-up action.