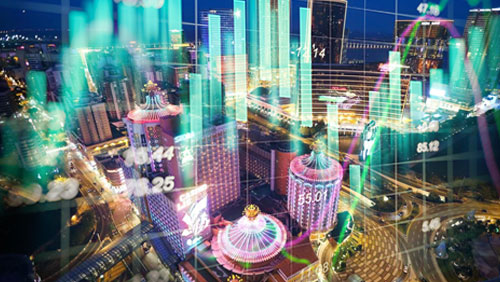 Fitch issued its latest note just a day after Macau’s Gaming Inspection and Coordination Bureau announced that the former Portuguese enclave’s VIP gambling market grew twice as fast as the mass market casino revenue in the first quarter of this year.

Analyst Alex Bumazhny, Fitch’s Senior Director Corporate Finance, said the report had already taken into account the tougher year-over-year comparisons in the second-half of 2017 and the possibility of China’s implementation of a tight monetary policy.

Increased real estate restrictions – which may slow economic growth on the mainland – will also have little effect on Macau’s GGR for this year, according to Fitch.

“VIP growth has been exceeding Fitch’s expectations, growing 17% YoY in first-quarter 2017,” the credit rating agency said in a statement. “We expect about equal contribution from VIP and mass market revenues toward achieving Fitch’s 12% growth forecast.”

For now, Bumazhny noted that stronger economic indicators on the mainland, players getting acclimated to China’s corruption crackdown initiatives and China’s authorities heightened crackdown on casino marketing by foreign companies have been the possible drivers for the VIP segment’s stellar performance.

He said the condition of the Macau VIP segment at present is now becoming similar to that of 2010. This, according to the Fitch analyst, bodes well for Macau since it gives the industry “a good amount of headroom for growth permitting regulatory and other conditions.”

“Given the opaque nature of the VIP segment (56% of GGR in 1Q17), forecasting Macau GGR with a fair amount of certainty is difficult; therefore, we remain cautious,” Fitch said.

On the other hand, healthy consumer spending will help the mass market achieve 7.5 percent growth this year.

“Longer term, we believe mass market gaming remains underpenetrated in the Asia-Pacific region. Despite being delayed, pending infrastructure projects, such as the bridge to Hong Kong, a permanent Taipa ferry terminal, a rail link to Zhuhai airport and intracity light rail, should make Macau more accessible,” the firm said.