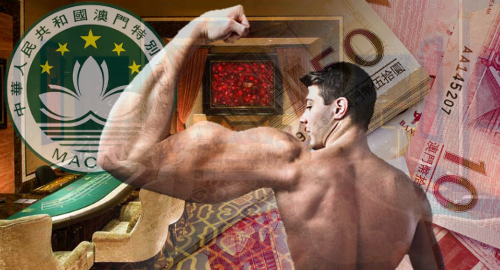 Macau’s VIP gambling market roared back to life in the first quarter of 2017, rising twice as fast as mass market casino revenue.

Total gaming revenue in Q1 was up 13% to MOP 63.5b, riding the wave that has seen the world’s largest casino market post eight straight months of year-on-year gaming revenue gains after two-plus years of negative trajectory. It’s also a significant turnaround from Q1 2016, when analysts were eager to celebrate the mere fact that the pace of decline appeared to be slowing.

Mass market gaming revenue (including slot machines) was also on the rise in Q1, albeit by a comparatively modest 8.5% to MOP 28b. This marks the third consecutive quarter in which mass market revenue has enjoyed year-on-year gains, and the rate increased slightly from Q4’s 7.4% mass market rise.

Slots revenue was a strong contributor to the Q1 mass numbers, rising 13.3% to MOP 3.24b. The live multi-game ‘hybrid’ tables that marry live dealers with electronic betting and settlement reported revenue rising 6% to MOP 580m, although this represents a significant slowdown from the 14.3% growth reported in Q4 2016.

As for Macau’s lower profile gaming verticals, the Macau Slot sports betting monopoly reported a decline in football wagering and a gain in basketball turnover, with total betting volume down about MOP 100m to MOP 2.05b. Dog and horse racing continued their race toward irrelevance, with total stakes falling one-third to MOP 202m.

Based on current estimates, analysts expect a healthy VIP performance in the month of April, with percentage growth figures in the low-20s being bandied about. That bodes well for the upcoming Golden Week celebrations around the May 1 Labor Day holiday.