Leisure and Resorts World Corp. ekes out 2% profit rise in 2016 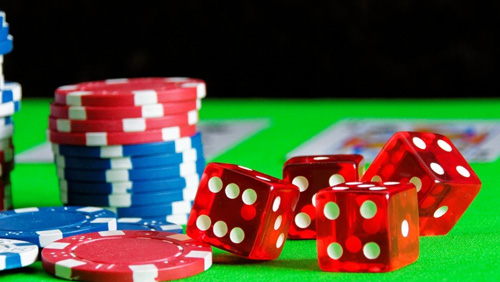 Despite the online gambling war that Philippine President Rodrigo Duterte launched in the second half of 2016, LRWC was able to chalk up consolidated net income of PHP1.06 billion (US$21.36 million). Its reported group-wide 2016 revenue grew by 17.4 percent to PHP11.17 billion ($225 million).

“In spite of the slowdown in the gaming sector, Leisure and Resorts World Corp’s core businesses continue to show very robust growth and management believes in being able to continue this in the future,” LRWC said in a regulatory filing with the Philippine bourse on Tuesday.

Still, LRWC said it is treading cautiously this year due to the “dramatic changes in the regulatory environment particularly in the last quarter of 2016 which affected the operations of the company’s subsidiaries.”

It would be recalled that Duterte turned his guns on a booming online gambling industry after unleashing a crackdown on drugs. Badly hit by Duterte’s war on eGames café was PhilWeb Corporation, which declared that its net income plunged 134.2 percent in 2016.

In September, LRWC informed the Philippine Stock Exchange that its wholly-owned subsidiaries AB Leisure Exponent Inc. (ABLE) and Total Gamezone Xtreme Inc. (TGXI) received separate notices from PAGCOR to cease and desist their respective operations for not complying with the distance restriction guidelines defined in Section 2 of Regulation 3 of the Gaming Site Regulatory Manual.

Aside from eGames café, LRWC has been affected by PAGCOR’s decision to issue Philippine Offshore Gaming Operator (POGO) licenses. LRWC owns the majority of First Cagayan Leisure and Resorts Corp., which issued licenses to online gambling operators during the previous administration.

“Going forward, the company assumes that First Cagayan’s revenues will be affected by Pagcor’s adoption of the ‘Rules and Regulations for Philippine Offshore Gaming Operations’ on September 1, 2016,” LRWC said.