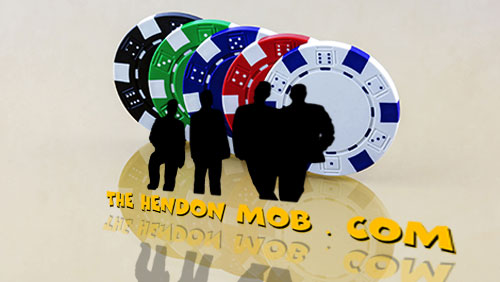 Over three million people visit The Hendon Mob on an annual basis, so when they release a survey, we should take note. Here are the highlights including a lack of love for online poker, an interest in gambling on the outcome of the deck, and a whole lot more.

They hurt my head, and my glass of veggie juice is always half-empty.

So when Alex Dreyfus and his team at Mediarex Sports & Entertainment released the results of a series of surveys conducted through the three million people who visit the live tournament results database I reached for the aspirin, made sure my glass was half-full and dove in.

Here is the link to the stats and my observations follow.

It’s no surprise to see PokerStars taking a right hook to the jaw on this one. 30% of those polled have a very poor perception of the PokerStars brand.

You would expect that negative view to have an impact on PokerStars player numbers, but the reverse has been true. My conversations with people at PokerStars Towers reveals that player numbers have risen during the time the complaints came rushing in. And during this survey, 57% of individuals said they play their poker on the PokerStars platform, far more than any other.

I would like to think that players are confident that PokerStars is listening and changes will be made to improve brand recognition, but I don’t believe that this is the case. The players are no different to the wife of the alcoholic who keeps buying him a bottle of vodka.

And it’s not just PokerStars who score low. All online poker brands do, whereas the brands that focus more on the live experience shine. 40.4% of those polled perceived the World Series of Poker (WSOP) brand very well, and 35.6% felt the same way about the World Poker Tour (WPT). Is it a coincidence that these are also the two brands with the greatest terrestrial television coverage over the years?

With partypoker, PokerStars, and 888Poker increasing their focus on the live tournament scene, it will be interesting to see how these numbers fluctuate in the future. But for now, it looks like the online poker rooms aren’t providing the value their customers demand.

2. Poker Players Don’t Want to Put Their Hands in Their Pockets

Poker players don’t like to put their hands into their pockets.

Or is it the way of the world these days?

I see this in the addiction industry. It doesn’t cost a shilling to attend an AA meeting, and that fact can sometimes build mistrust and cynicism when someone comes along trying to sell a different approach.

I think the same might be true in the poker industry.

Nobody pays to read my content, whether it’s this opinion piece, an interview, or the work I do in a live tournament. People who watch Twitch don’t have to pay. Neither does anyone tuning in to watch the live stream of a major live final table or a YouTube video from a top player.

It was also interesting to read that 61.1% of those polled wouldn’t pay to subscribe to an online poker training site in the next 12-months, and I wonder if that’s because people get more value from watching Twitch, or just don’t seem to get the bang for their buck?

With Twitch still in its infancy, it was encouraging to see that over 50% of those polled would stake real money to watch their horses playing live on the stream. The statistics reveal real potential to bring betting into the Global Poker League (GPL) and associated ventures with a quarter of those polled prepared to splash a little cash on the outcome of a GPL match. In-play betting is also a distinct possibility after close to half of those polled said they would like to have a dabble while the games are in full swing. And this was despite 68.7% saying they didn’t play online sports of Daily Fantasy Sports (DFS).

4. The View of the Global Poker League

With the GPL moving into the second season it was encouraging to see that brand awareness had gotten off to a good start.

38.7% said they would compete in a team event. With live tours now implementing more team games, and the WSOP beginning to hand out bracelets, I think this change in view will create a greater bond between the poker player and the GPL.

67% of those polled had heard of the GPL with a third of them taking the time to watch the action. And a third also stated that they would like to be a part of a GPL team; a good sign because it keeps the dream alive for an aspiring professional poker player.

There were mixed figures for those wanting to compete against a celebrity with 45.7% stating they wouldn’t and over 41% saying they would or probably would. But I am not sure if this question has any relevance. A proper metric would be viewing figures with and without Aaron Paul, and I guess that’s when the wet finger points to the sky.

58.8% of those polled don’t care too much about GPL merchandise. I don’t find this particularly unusual. When I think about an affinity to a sporting brand, I can’t help think of children wanting their favourite football shirt for Christmas and not adults wearing Berlin Bears baseball caps.

I know that Phil Galfond at RunItOnce said that merchandise never made them a penny. Unless you somehow manage to introduce a Gucci style vibe at low prices, I can’t see how poker merchandise would take off. Perhaps, the answer to that question has saved Alex Dreyfus a lot of headaches and money.

The View of Alex Dreyfus

And talking of Alex Dreyfus, I reached out to the man behind the surveys, to ask him for his opinion and this is what he had to say.

“We didn’t want these surveys to be about the GPL. But as you mention the GPL in your write up you have to remember that when building something from scratch, that’s very disruptive and the opposite of traditional poker, you need to educate the community. You can’t expect people to become engaged or develop a deep understanding quickly. Take a look at eSports; they took 15-years of hard work to get to where they are, today. We are in Year 1, and it takes time. It’s our ability to continually deliver the message that will define success. If you abandon sex the first time because it’s not like what you experience when you watch porn…well.


“I wanted to highlight that people are keen to stake online and live if they can follow the action on Twitch. It’s great to see that people want to be a part of a team. It was interesting to see that as an industry we are failing to attract new players. Contrast to that the big percentages who are intending to play and follow poker in the next 12-months is also a strong signal that poker isn’t dead. There are plenty of opportunities for poker fans, today, and I believe interaction is going to be key.”