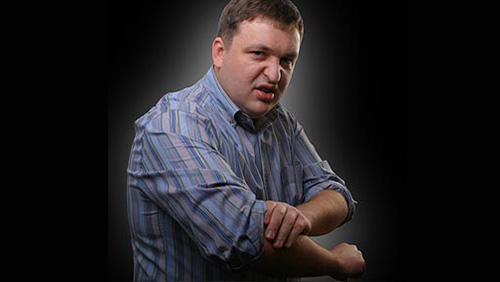 The partypoker Million in Sochi, Russia, has attracted 1,170 participants, and Tony G is not amongst them after the Russian government banned the Lithuanian European Member of Parliament for having too much to say.


It was 2006 when Tony G told Russian representative Ralph Perry to feel his power after he had spanked him in the Intercontinental Poker Championship at the Palms Hotel & Casino in Las Vegas.

“I will send you back to Russia.” Said G.

And he did, after his A2 beat Perry’s KJ.

Fortunately, for G, nobody was probably watching the Intercontinental Poker Championship, to take his threat seriously.

Ever since that magnificent Ralph Perry moment Tony G has made a career out of telling Russians to get on their bikes.

It seems they have had enough.

In March 2013, Tony G left his long-term relationship with partypoker to focus his attention on a career in politics. A year later, G made it to the European Parliament where he represents the Lithuanian Liberal Movement.

G achieved notoriety for his ability to get into the soul of his opponents at the poker table, and it seems he is using those same skills in the political arena, and the Russians want him out.

In 2014, the USSR went a little mental when they banned The Village People, Tina Turner and the UK pop band Madness from entering the country (they didn’t like those Baggy Trousers). Three years on and the Russians have a new blacklist featuring politicians who speak out against the ways of the Vladimir Putin and his team, and G is on that list.

The ban is probably a good thing for the G-Meister General. Nobody in Russia has escaped G’s wagging finger and tongue, and that includes Putin. When you consider he stands accused of killing journalists and political opponents who hold a differing view then it’s probably best he gives the place a wide berth.

We will next see Tony G in action at the poker tables in the Super High Roller Bowl.

Tony G won’t be hopping into the partypoker Million event in Sochi, Russia, but 1,170 entrants have.

Watch it Duthie, Putin might bring the hammer down – on your head.