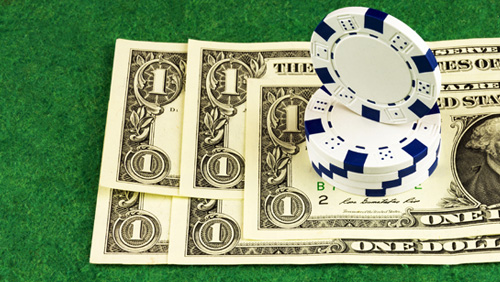 
In a recent blog post, PokerStars Heads of Comms, Eric Hollreiser, acknowledged the rate of progress his competitors are making in the live tournament market.

“Competition makes everyone work to be better, and it builds more energy and excitement around the game,” wrote Hollreiser.


And it is exciting.

It seems like I am writing about a new live festival boldly going where no person has gone before on a daily basis. In a recent conversation with partypoker LIVE Prez, John Duthie, he told me that he didn’t view PokerStars and the rest of the online crew as competition. But if he did, you suspect the only way the former heavyweight champion of the world could compete with the new title holders lies in the success of their MILLIONS brand, and they are off to a great start.

We already knew the event was going to be the biggest in Europe with £6m in guaranteed prize money and £1m reserved for the winner. But now I can confirm that the festival as a whole will increases the total guarantees to £8m and beyond.

The MILLIONS Festival can offer such huge guarantees because of the intelligence of Rob Yong. Online satellite qualification has always been a primary inlet when it comes to increasing the number of live players you get at an event, but Yong has gone one step further. The DTD owner has created hybrid poker tournaments where you play both live and online. He began his little experiment in local DTD tournaments, took them to the most prestigious football stadia in the UK as part of the Grand Prix Poker Tour (GPPT), and is now taking it to the max with the MILLIONS event.

The festival is earmarked for 14-23 April live and direct from the UK’s premier poker hot spot DTD, but the action has already begun. $675 buy-in Phase 1 events are on fire in the partypoker lobby, and every card room in the book is getting in on the action with £550 buy-in live Phase 1 events popping up all over the world.

Partypoker will also be laying down the red carpet as the Ambassadors strut their stuff with Sam Trickett, Carl “The Cobra” Froch, Boris Becker, and Mike Sexton all confirmed to compete.

If you don’t have time for all the Phase 1 malarkey, or earn enough money not to care, then the direct buy-in for the MILLIONS Day 1 is £5,300.

Yes, Eric Hollreiser, competition does make everyone work that much harder and I can smell the partypoker elbow grease from Cardiff.

Here is the full MILLIONS schedule.