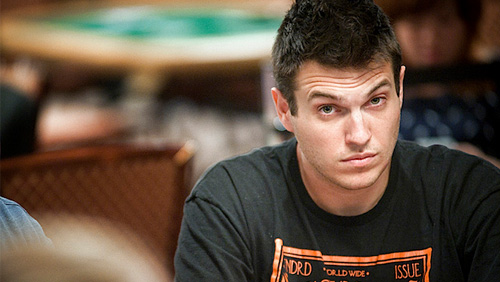 The Game Show Network threatens Doug Polk with legal action over his use of their High Stakes Poker material and Lee Davy explains why that decision is backwards.


My internet connection is crap.

When I want to upload a video to Dropbox, for example, I have to hijack next door’s fibre optic broadband connection. The connection only works in the kitchen, so I contacted my provider today to ask for an upgrade.

“But I don’t want an 18-month contract. I am leaving the country in five months. Can I have a five-month contract.” I ask, already knowing the answer.

“I have asked my boss, and there is nothing we can do for you.”

And off I trot trying to find someone who can do something for me, and my broadband provider has just lost another customer.

I hate it when I touch a company that follows the rules as blindly as a kid putting their hand into a fire because their mother told them to do it. It’s pathetic. And that’s the word that springs to mind when I read about Doug Polk’s battle with the Game Show Network (GSN).

Doug Polk is to YouTube what Jason Somerville is to Twitch. The outspoken and often controversial character has over 69,000 subscribers, and his videos generate 100,000 – 250,000 hits per video.

Imagine having your product in front of an audience that big. It would be a big bonus, right?

Well, not according to GSN.

As part of Polk’s content, he regularly analyses major hands that once appeared on the hit TV show High Stakes Poker. GSN own the rights to this corpse (HSP died in 2011), and they have recently hired a lawyer to contact Polk to threaten legal action if he didn’t stop using their material.

Lawyers have ordered me to take down 17 videoshttps://t.co/JuE1fbIFOlpic.twitter.com/CtdEht4K8Z

Polk reacted by pulling down 17 videos that featured HSP content and will have to figure out how to provide the same sort of content without stepping on the toes of the law.

Polk intimated on his Twitter channel that he believed he was within his rights to use the material because it was for educational purposes.

Bill Perkins believes that GSN is within their rights to threaten legal action because Polk is earning YouTube ad revenue and money that syphons through his UpSwing Poker model.

The GSN vs. Polk scrap reminds me of Radiohead’s battle with their record label in 2008. Back then, the labels were saying that online piracy was killing the music industry. Radiohead was saying that it was the record labels who were killing the industry by not adapting to the wants and desires of their customers in an every increasing digital age.

Radiohead even went as far as to offer their album In Rainbows for free. A year after the In Rainbows project the numbers showed that three million people bought the album digitally, 100,000 people bought disc box sets, and they also sold 1.75 million CD’s, making the album a bigger seller than Hail The Thief, an album they sold via the ‘normal’ channels.

GSN needs to wake the fuck up. And the person who ordered the legal eagle to dig his talons into Polk’s shoulders should be fired. Polk has taken down videos that showcased a GSN product that otherwise lies like a rotting corpse in some dusty library.

Why would they do that?

I wonder if the CEO of GSN would be happy to learn that people will now stop watching their old content because of rules. Why didn’t they reach out to Polk and collaborate with him and take the paddles to the carcass?

The Internet company that put the phone down on me this morning has not only lost a customer for life but every potential customer who I now ward away from their service via my tainted word of mouth. The same thing could happen to Polk’s fans who may have developed an interest for GSN content.