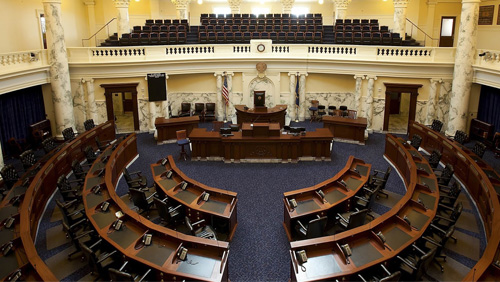 Big lottery winners in Idaho may have to lay low and stay put in their hiding spot for the time being.

This as the Idaho Senate has rejected a measure seeking to protect lottery winners by keeping their identities secret.

KM-TV ABC6 reported that eight of the nine members of the Senate panel voted to throw out the measure of Republican Rep. Lynn Luker, of Boise, which aimed to exempt lottery winners’ information from public records.

While the bill would have allowed winners to give written authorization to the lottery to publicize their names, the proposal also prevented those names from being released under public records requests for six months after the prize is claimed.

Currently, just six states allow lottery winners to remain anonymous, according to the Associated Press. In Idaho, everyone can ask for the information on lottery winners provided they send a request. The state will then provide the winner’s name and town of residence, the game they won on, the prize amount, the store where they purchased the ticket, a photograph of the winner (if one is taken) and the store’s commission.

In filing the bill, Luker cited the ordeal of one of his elderly constituents who won a lottery prize.

He recalled that the female lottery winner complained that she “suddenly was inundated from all over the world with all types of solicitation and harassment, phone calls.”

But Idaho Lottery spokesman David Workman had earlier found the claim to be surprising, especially since he heard no such complaints.

“When we write our checks, they are on the state of Idaho treasurer’s rotary. These are public monies won through a public process,” Workman said. “If we write a check for $100 million, the public has the right to know who the winner was, even if that winner selects ‘no publicity.’”