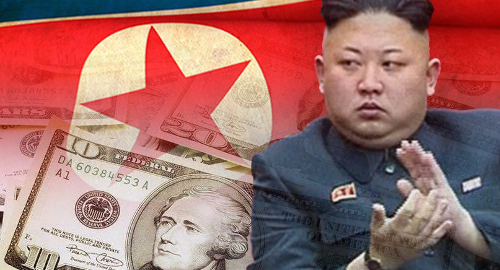 One of the suspects arrested in connection with the murder of the half-brother of North Korea’s leader Kim Jong-un ran illegal online gambling operations on behalf of the regime.

The 47-year-old Ri arrived in Malaysia last August, ostensibly to work at a small herbal supplement firm, but the company’s owner has since denied that Ri actually worked for him. Ri holds a software engineering degree from North Korea’s Kim Chaek University of Technology, a facility infamous for generating hackers.

North Korea’s isolated regime relies on a vast network of agents scattered across Asia whose job is to earn badly needed hard currency via a variety of illicit online activity, including operating gambling sites, selling gambling software and distributing malware to blackmail other websites into paying ransom. The regime is believed to earn over $860m per year from these online antics.

One of North Korea’s few other sources of hard currency was exporting coal to neighboring China, but that country suspended those imports on Sunday, apparently to express its displeasure at North Korea’s involvement in Kim Jong-nam’s murder. The murdered Kim primarily resided in Macau and was nominally under Chinese protection at the time of his death.

With the coal money tap turned off, analysts expect North Korea to press its cybercrime operators to increase their activities to make up the shortfall. The fact that one of these workers has now been implicated in a political assassination adds a frightening new dimension to the threat poised by North Korea’s estimated 6,800-strong hacking force.

While nothing has been proven, North Korea’s cyber thieves are widely believed to have been behind last year’s brazen theft from Bangladeshi central bank accounts at the Federal Reserve Bank in New York. Around $81m of those stolen funds was eventually funneled through Philippine casinos and junket operators.

Many of North Korea’s hacking army operate from cities in northeastern China, where they toil for Chinese IT firms during the day, while conducting their more nefarious activities for the Korean regime at night. Last month, 12 North Korean online gambling engineers working in China’s Jillin province attempted to defect but were arrested before they could reach safety.