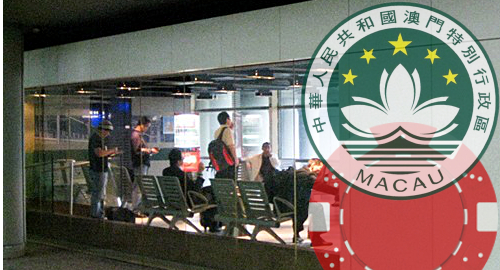 Last Thursday, Macau’s Health Bureau announced that the government had decided not to force casino operators to dismantle the designated smoking lounges they’d constructed after the government banned smoking on the casinos’ main gaming floors in October 2014.

Casino operators had previously submitted their own proposals for ways to improve the technical standards of these lounges, including negative pressure mechanisms to ensure smoke doesn’t leak out into the main gaming floor and separate ventilation systems to vent the smoke outside the building.

The Heath Bureau said its preliminary analysis of these proposals indicated that they were “feasible” but that the government would soon issue “higher and stricter” technical standards than those proposed by the operators.

The Health Bureau also announced that they were ending the exemption enjoyed by VIP gaming rooms, where high-rollers were still allowed to puff away with abandon. There is no established limit on the number of lounges a casino can install, but operators will have to apply for permits to construct each new lounge, including in VIP gaming areas.

What’s more, as with the main floor lounges, the new VIP lounges must be for smoking purposes only, and cannot contain gaming tables, electronic gaming machines or other amusements. In short, any VIP wishing to indulge his or her nicotine fit will have to temporarily pause their gaming activity.

Some Macau legislators were dismayed by the the Health Bureau’s announcement, saying they were putting the health of frontline casino staff at risk. But the Health Bureau noted last week’s release of an operator-commissioned survey of 13,400 casino employees’ views of the role of smoking in Macau’s gaming venues. Some 60% of those surveyed supported keeping the smoking lounges, while 40% preferred a total smoking ban.