‘A hugely successful show which introduced the Reflex brand to a whole new audience of influencers and buyers’ is how Reflex Managing Director, Quentin Stott, described the company’s experience at February’s ICE Totally Gaming exhibition in London. 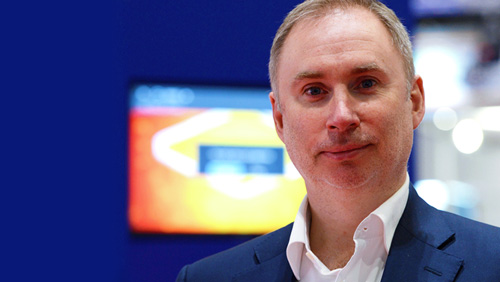 Reflex, which has built a strong market position in bricks and mortar gaming, where it is a major supplier of equipment to the pub, club, bingo, AGC and FEC sectors, used ICE 2017 to demonstrate its gaming skills to the digital market. “A year ago I left ICE under no illusion about what we needed to do in order to stake a claim to be an important player in the digital space,” stated Quentin Stott. “We listened to the market, acted on the advice we were given and have come back as a much stronger proposition with a digital team headed by Chief Product Officer, Mat Ingram, who we appointed last summer.”

He added: “ICE 2017 got to off to the best possible start when we signed an important business deal with William Hill at 10am on the first day. Thereafter we held meeting after meeting with the major online brands and exchanged NDA’s with a number of key companies. We’ve worked hard to be in this position and ICE gave us the opportunity to adapt our strategy and then build relationships with the market. Being in London has shaped our thinking, accelerated our development and placed us firmly on the digital map.”

The importance of waving the flag for ‘UK independents’ was also a key take out for Stott. “We hosted a large number of seaside operators on the stand all of whom commented on how proud they were to see a family owned UK manufacturer still working hard and succeeding alongside the huge competition base. On a similar theme, we had most of the major pub retailers visit us over the three days and we continue to work in this sector with both spin reel and digital Cat C product. As an independent game supplier we couldn’t feel more valued by them.”