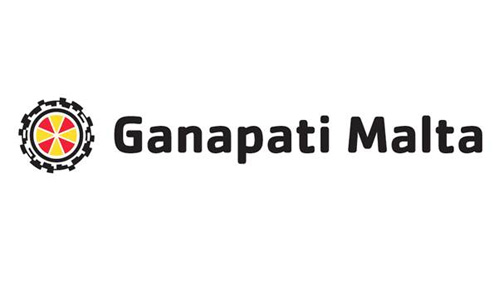 Supplier swamped by interest during the show

Malta: 13th February, 2017 – Exciting new slots developer Ganapati Malta has hailed its debut at ICE Totally Gaming as a huge success, with its Japanese-themed content going down a storm with operators and aggregators alike.

Visitors to the Ganapati stand was blown away by the developer’s unique themes, stunning design and intelligent technology, with many operators requesting an integration.

The company now hopes to start its first batch of integrations to both B2C operators and B2B aggregators during the second quarter after agreeing a number of deals during the show.

Richard Hogg, director at Ganapati Malta, said: “Ganapati certainly caught the industry’s attention at ICE, as evidenced by the numb

er of terms that we penned with operators from around the globe over the three days.

“Our games offer a point of difference through both theme and math, and showcase the best of Japanese culture and technology. We can’t wait to complete our first batch of integrations and put our games in front of players for the first time.”

Ganapati went all-out for its first ICE Totally Gaming, handing out thousands of wet wipes to delegates to “freshen up” their casino content. The pioneering slots developer also served up all things Japanese at its stand, with their sushi bar, Asahi beer, and Sake proving a sell-out on all three days.

The supplier also pulled back the curtain on its latest game, a slot based on the Japanese internet sensation Pen-Pineapple-Apple-Pen. The single was released by singer-songwriter PIKOTARO on YouTube, and has racked up more than 1 billion views to date.

Ganapati is one of the youngest suppliers in the market having launching in September last year, but is backed by industry veterans from Asian and European iGaming.

Their mission is to celebrate Japanese culture through their slots games, which are designed around manga and anime and use Japanese technology and math.

Each of its games has been developed in HTML5 and is available for desktop and mobile platforms, iOS and Android.

Ganapati Malta is part of the Ganapati Group, which has been developing Japanese-themed entertainment and gaming apps for a number of years. It has offices in Tokyo, Los Angeles, London, Malta and Estonia.

Ganapati Malta is a supplier of high-quality, entertainment-focused online casino content for the international gaming industry. Established in 2016 by a group of experienced entrepreneurs from around the world, Ganapati Malta supplies the online gaming market with titles that combine the best Japanese game logic and design with a unique entertainment element.

Part of the Ganapati Group and with offices in Tokyo, Los Angeles, London, Malta and Estonia, Ganapati games utilise the provider’s contacts across the entertainment industry and feature licensed IP from internationally-recognised studios along with its own in-house studios.

Ganapati Malta is currently undergoing the licensing process in Malta and the UK, with further plans to expand across regulated markets worldwide.

Ganapati appears to be falling apart
Derek Tonin
28 May 2020
.