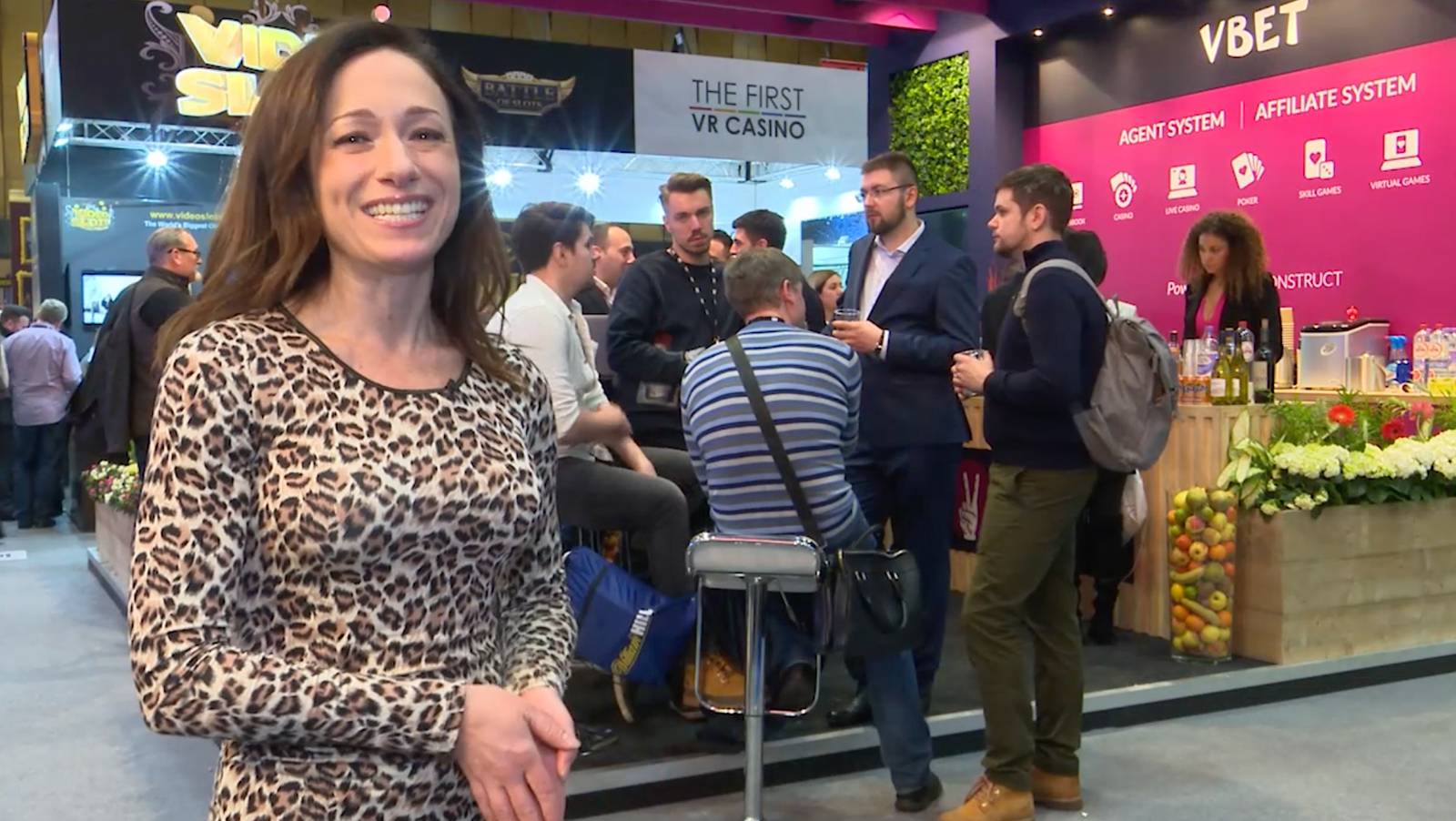 The London Affiliate Conference (LAC) kicked off today at the ExCeL, a brand new venue for the largest event of the year dedicated to the online gambling affiliate industry.  This is a conference known for its fun and casual vibe, with an expo floor packed full of booths offering all sorts of entertainment, plenty of open bars and even a dance competition with a grand prize of £1000.

Aside from the creative gimmicks, the LAC exhibitors are also there to show their latest and greatest offerings for affiliates, such as LeoVegas Live Casino.

LeoVegas as a brand has been making waves in the mobile gambling industry for several years running and we spent time today catching up with Karolina Pelc, Head of LeoVegas’s Live Casino, to see how things have been going since we last spoke at the iGaming Super Show 2016.

Pelc confirmed LeoVegas Live Casino has signed on four more industry-leading providers for a total of seven, crowning LeoVegas as the largest live roulette selection operator in the world.  She was most excited about the ability for LeoVegas players to now make in-game deposits with Evolution Gaming, a big industry first in product development, meaning players don’t have to leave their seat at the table when they wish to deposit.

The LeoVegas Live Casino booth featured a live roulette table with two chatty dealers, available for delegates to enjoy across Day One and Two of LAC. Prizes include high quality LeoVegas swag and one lucky delegate will go home with a grand prize of an all expenses paid weekend to Saint Vincent in the Italian alps.

Ovo Casino arranged a special ribbon-cutting ceremony today for delegates, a reveal of their rebrand to more of a VIP look and feel.

Andrew Valenzia of Ovo Casino told CalvinAyre.com the intention is for all players to be treated as a VIP at Ovo, regardless of how much they play or the amount of money they spend.  He described the level of personalization players will experience, for example if a player is based in Berlin and its snowing at the time of his or her login, the player will see snowflakes across the welcome screen.

To represent the new VIP theme, Ovo designed their LAC booth as a VIP lounge, a truly elegant display to behold.

Fred Done, the founder of BetFred, followed through on his promise from the BAC 2016 and joined the ActiveWins team on their booth for part of LAC Day One.  We spoke with Done and he emphasized the importance of affiliates to the entire online gambling industry and of course, to the ActiveWins team.  Done talked on the importance of trust and transparency, the exact reason why he is making a point to physically attend iGaming affiliate events from now on.

Throughout Day One, two conference tracks took place and featured presentations touching on topics such as mobile strategy and Bitcoin.

Corey Padveen delivered the mobile strategy presentation and advised affiliates to get rid of Java otherwise they will be penalised by Google.  He said to pull videos in from YouTube rather than loading them on to site the as they will take significantly longer to load.  “Video, Java and images are three areas where you can really improve the speed of your mobile site”, he said.

Padveen also pointed out affiliates don’t need thousands of pages to rank high on Google, rather they can have ten pages of solid content.  “Focus on the quality of content, relevance to audience and quick loading time”, he advised.

At the conclusion of his presentation, Padveen left affiliates with six main pointers on how to optimise their mobile sites for google.

1)Make sure the content you create, whether its desktop or mobile, is related directly to the visitors on your site.

4)Affiliates must choose operators that focus on mobile. Affiliates are just the starting point, if the operator you’re working with doesn’t really care about mobile, you’re not going to be getting commissions. Send your traffic to a mobile-focused operator.

5)Consider the user experience at all times.

6)Avoid the use of pop-ups and interstitials, a lot of the older techniques are no longer a viable means of driving conversion, especially with the mobile-first index.

Kenigsberg said there are two major catalysts at the moment, first, the more b2b companies that provide Bitcoin, the more companies that will start using it and second, the more its in the news, the more people will learn about it.

Maverik pointed out its harder for players to deposit money now.  People used to think Bitcoin was only for geeks, but nowadays things have changed a lot, its very simple to buy Bitcoin and anyone can easily transfer them to a debit card and spend them, he said.

Barber believes today in 2017, the market is still pre-mature. If you ask operators or affiliates about Bitcoin now at the LAC, people still aren’t educated about it, especially because we’re in the UK, he said. For other markets such as Russia, China and America, this is the solution, he said.

Montik pointed out how three years ago we saw our first Bitcoin session at the LAC, and there was a lot of speculation, but it became a bit lost after that…now its the second round and we’re back and at a new level.  “Its not driven by speculators and scammers, now its driven by businesses”, he said.

When asked why should affiliates should start with Bitcoin, Kenigsberg replied with, “The first thing is to get involved. If you’re not involved, you should at least look at it.  If you have existing websites for gambling, add a Bitcoin section. Some of the Bitcoin brands are better than some of the real money brands.  If you’re struggling to find your home as an affiliate, perhaps focus on a market that’s pre-mature”.

Maverik added how its possible to seamlessly convert Bitcoin to Euros, for example, so affiliates won’t lose anything right away on volatility.  He said affiliates need to be educated, they need to know how Bitcoin works generally, nothing super technical, but they must get the main idea.  “Try Bitcoin and see how it works for you, compare it to how it looks like with your current traffic, probably some of your players already have Bitcoins”, he said.

Motik said in some markets its not possible to deposit without a currency like Bitcoin, so clearly this is an area where affiliates could get involved. Kenigsberg added there are two types of Bitcoin traffic, people who have Bitcoins and want to gamble and people who want to gamble but have payment processing problems.