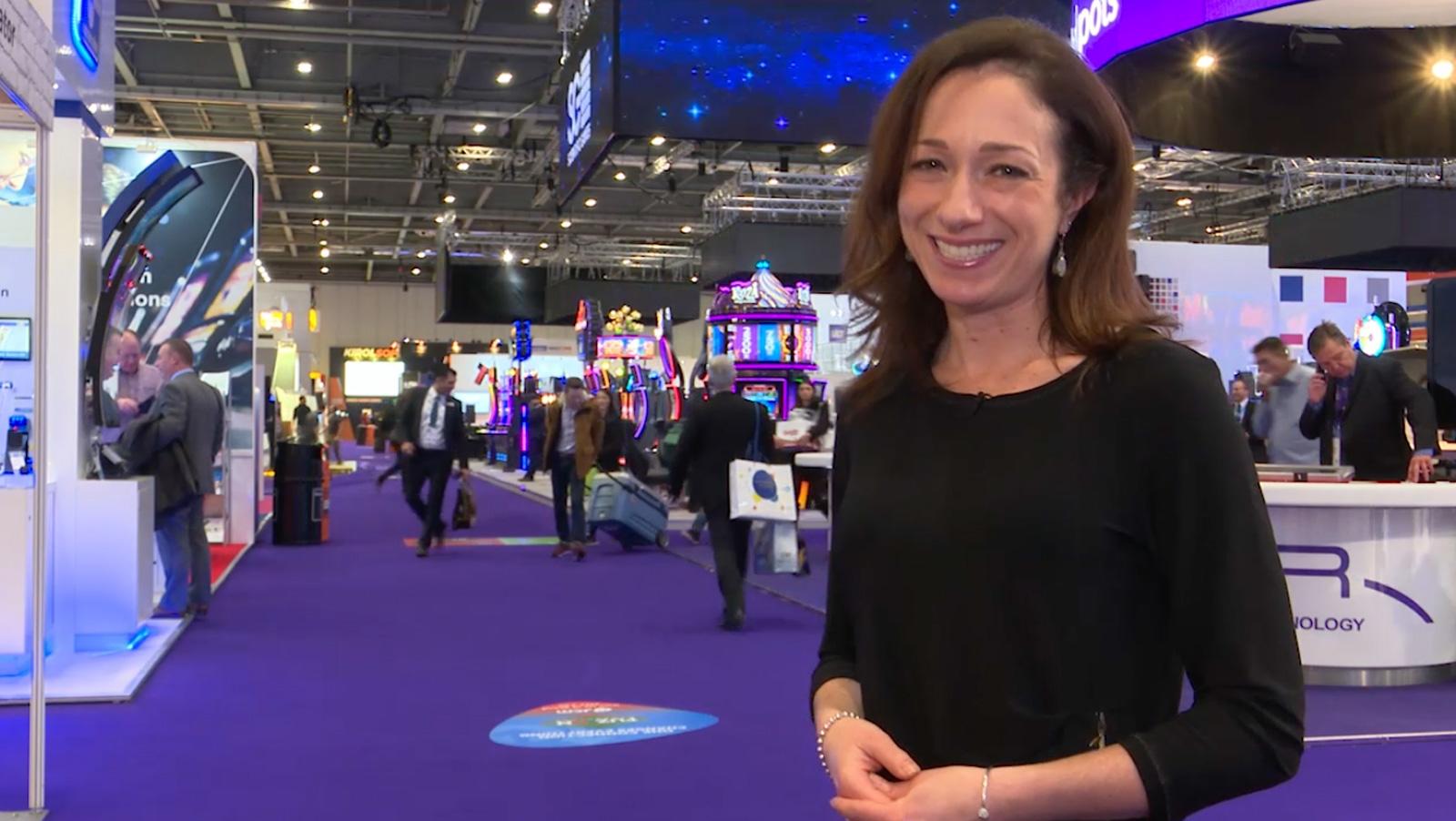 The final day of ICE Totally Gaming 2017 took place today at the ExCeL in London, the grand finale of three consecutive days of expo floor, sessions, networking and plenty of parties.  Day three of ICE is always the slowest, undoubtedly due to theextraordinary celebrations kicking off on the night previous, such as Fire & Ice, a private Playtechparty, a private 888 party and who knows what else…

CalvinAyre.com traditionally spends day three of ICE as an expo floor tour of the latest products and innovations on display.  The first stop today was Ganapati, an elaborate booth with “everything Japanese”, a theme in line with the company’s mantra, to bring Japan to the online gambling industry.

The Ganapati CEO, Mitsuya Fujimoto or “Fuji”, told CalvinAyre.com he wanted to bring his Japanese-themed slots to life by hand-picking real life versions of the Japanese cartoon characters, flying in sushi chefs from Japan to serve up the best fish in Europe to delegates and of course Japanese beer and Saki to wash it all down.

We first spoke with Fuji at the iGaming Super Show in June, 2016 when all of this was just an idea…and now he’s brought it all to life.  Fuji also told CalvinAyre.com of Ganapati’s latest deal announced during Day Three of ICE, the signing of an agreement to launch a game around the Japanese “Pen-Pinapple-Apple-Pen” (PPAP) song, a YouTube video sensation reaching more than one billion views.

Next on our list was Gluck Games, an iGaming start-up company we first noticed at EiG’s Start-up LaunchPad in 2016.  Gluck Games develops and serves HTML5 “casual real money games”, a term coined by Gluck and defined as social games at the intersection of lottery and casino.  Clearly Gluck has experienced a great deal of success since they first launched 18 months ago as their presence at ICE was noticeable, with a large booth space and two adorable piglets to delight delegates.

When asked for the symbolism behind the piglets’ presence, Gluck Games CEO Robert Lenzhofertalked on the enormous success of their piggy bank scratch cards and also mentioned how pigs are a symbol of good luck in Germany, the country where his company is based.  Apparently the piglets brought some luck to the company during ICE 2017 as Gluck were the proud recipients of the ICE VOX “Games to Watch Competition”.

NSoft is another example of a company that has enjoyed tremendous growth and in this case the grown has occurred over the past few years.  With a flagship product porfolio of Virtual Games, NSoft struck a deal with Sportradar three years ago and have since co-developed the “Managed Trading Service” (MTS), rocketing NSoft into the spotlight.

NSoft CEO StjepkoCordaselaborated on how much his company has grown in the last three years and said a whopping 40 NSoft employees attended ICE 2017.  He also mentioned his plans to continue growing up to 1000 people in Bosnia, where NSoft is headquartered, providing wonderful job opportunities for a region with a high unemployment rate.

McDonald is a firm believer in the imminent mass adoption of VR technology within the gambling industry and said now that such technology exists, iGaming will never be the same again.  According to McDonald we should expect a totally new expo floor at ICE in three years, with many, many more VR offerings in addition to Augmented Reality (AR).