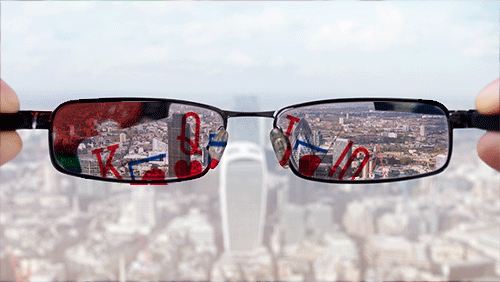 Lee Davy listens to the Stoic Philosophers to see how he can implement their wisdom in today’s poker world. This time the subject is projective visualisation.

Do you know what grinds my gears?

People who honk their horns.

This morning, I was waiting to get out of my driveway when a car decided to do a three-point turn in the middle of the road. The manoeuvre held up traffic for less than a minute. But it was long enough for people to start honking their horns with the ferocity of a seven-year-old kid who has ADHD playing Whack-a-Mole.

It drives me nuts.

There was a time when a guy honked at me when I got confused at a roundabout. Whenever someone honks at me, I break into this sarcastic melodic honking, usually, the football chant, “Come and Have a Go If You Think You’re Hard Enough.’

Then by complete accident, I ended up following this guy into the garage. I pulled up alongside him and got out of the car. I checked to see if I could take him and after deciding he wouldn’t cause me to much bother, said to him:

“That was stupid of you mate.”

“But I could have a knife and be cutting you up for real, right now.”

I didn’t think through the situation if I am honest. I didn’t have a knife. And my choice of words was designed to save a life by pointing out that if he had honked at the wrong person, they could have followed him into the garage and made mincemeat of him with a ceremonial samurai sword they had just bought at auction.

The guy started crying. I had to apologise because he was going to call the police. It was a mess.

The moral of the story: don’t honk.

I lied, that wasn’t the moral of the story.

The next time someone cuts you up at a roundabout, instead of reaching for the horn, imagine giving your teenage daughter some advice on this particular problem as she learns to drive.

Would you want your daughter honking at people, getting all steamed up, and attracting unwanted attention?

Long before we had cars or played poker, the Stoic philosopher, Epictetus, was talking about the same malady by recounting a negative attitude when one’s servant breaks one of your cups. Epictetus suggests at this moment that you apply ‘projective visualisation’ and imagine how you would react to this servant if you saw him get upset over breaking a cup in someone else’s home.

I don’t visit too many homes that have servants, but if I did and I saw one breaking a cup, I would say something along the lines of, “Take a chill pill, brother. It’s only a cup. Accidents happen.”

So don’t honk in poker.

Imagine you are playing a game at your local casino. It’s 4 am, and you are in a hole deeper than a dominatrix’s box of tricks. There is one fish in the game. He is drunk. You get into a hand with him. You get it all-in-good, and he gets there and starts berating you.

Instead, imagine what you would say to a young poker Padawan seeking your advice.

“If a fish sucks out on your and starts giving you shit, in your most humble and sincere voice, congratulate him or her on a hand well played. Show grace, and somewhere along the line he or she will show you green.”

The theory that Epictetus demonstrates with the cup incident is we are likely to act more appropriately when we think like this because it’s our advice. So next time you feel the steam rising through your oesophagus after suffering a bad beat, think about the information you would hand to someone else if they were feeling your emotions. You are likely to make a better play without disrupting your emotional state.

Had you honked, the steam would have turned into lava-like spit, and you would have probably got irritated, angry, and frustrated enough to let loose all over his or her face and into your game.

These ‘confrontations’ are completely irrelevant. The purpose is to enjoy the game and play every hand optimally. ‘Optimally’ doesn’t only mean the correct mathematical play. It also means making the right psychological play.

Poker advice from the Stoics: Say something or let it go
Lee Davy
28 February 2017

Poker lessons from the Stoics: Begin with the end in mind; The path and bearing the pain
Lee Davy
4 January 2017
.