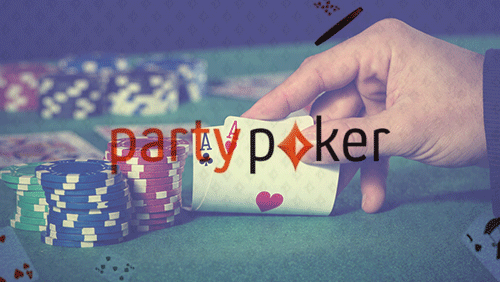 Partypoker will launch the Grand Prix Poker Tour on a global scale with new dates pencilled in for the Montesino Casino in Vienna and the Playground Poker Club in Montreal.

In 2015, partypoker and their partners in crime Dusk till Dawn (DTD) announced plans to host a series of low buy-in tournaments played out in iconic football stadiums throughout Great Britain. The Grand Prix Poker Tour (GPPT) was born.

Was it a success?

I guess it was because the online giant has announced two more GPPT events in 2017 and they are going global.

Between April 6-16, partypoker will set up camp at the Montesino Casino in Vienna. Dubbed the Grand Prix Austria, it’s the first time this small buy-in event will take place in this neck of the woods.

There will be your usual array of cash games and side events, but the main attraction will be the €500,000 Guaranteed €225 buy-in Grand Prix Austria Main Event.

Online qualifiers begin on 5 February at partypoker where you can qualify for as little as a can of baked beans. And if you don’t fancy the putrid smell of stinky weed armpits then you can play your Day 1 online. Enticing you to do that is the allure of a €20,000 cash prize. All you have to do is become one of the first 100 players to qualify for Day 2 via the online route and then win the last longer competition. Players will receive a Golden Chip to enter the ‘Last Longer’. It’s a little bit like Willy Wonka’s Golden Ticket, except it’s a Chip, and you get to play poker instead of playing with little green dwarves.

Partypoker will also give you a chance to qualify for the £6m Guaranteed partypoker MILLIONS. Phase 1, Day 1 and Day 2 events will run between April 6-16. The finals will take place at DTD in Nottingham where some lucky blighter will walk away with £1m.

The second new addition to the roster is the Grand Prix Canada. Partypoker will once again climb into bed with their mistress The Playground Poker Club in Montreal.

I won’t waste mine or your time re-writing the meat in this sandwich. The same Golden Ticket rules apply. The buy-ins are the same except they are in CAD$. The only difference is the qualification for the partypoker MILLIONS changes to the partypoker millions North America and not the Big £6m Daddy from the UK.

And this is just the beginning.

Tom Waters, Lord of All Things Poker, at partypoker, said there is more to come in 2017 as they open up the tour to all of their global family.