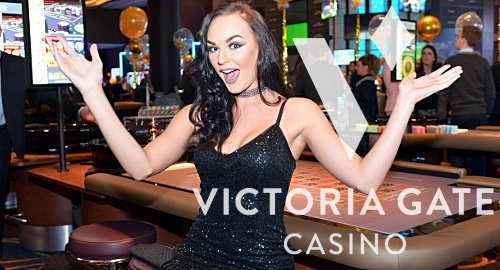 Leeds welcomed the world to the opening of its ‘large’ casino on Thursday, but it was a rival casino in London that was popping the champagne corks.

Thousands of looky-loos attended Thursday’s grand opening of Victoria Gate Casino, the £30m gaming venue operated by London-based Global Gaming Ventures (GGV). The casino is the third-largest in the country and the biggest in the north of England and Scotland.

Thursday’s proceedings got underway with an invitation-only affair featuring 1,200 VIPs that saw the ribbon-cutting ceremony and the first turn of the venue’s roulette wheels. At 9pm, the doors were opened to the throngs of great unwashed plebs who’d been queueing outside to take a peek inside the new gaming joint.

GGV CEO Andrew Herd called the opening “a pivotal moment” for the city, which can now boast of having a “stylish, buzzing entertainment hub in the heart of Leeds city center where everyone from first-time visitors and passers-by to top poker players are catered for.”

Leeds City Council deputy leader James Lewis said the casino was “already proving itself to be a great success, attracting many visitors from a wide area” and Lewis expects the local economy will enjoy a healthy boost from the increased visitor traffic.

Way down south in London, the Aspers Casino Westfield Stratford City is giving away pricey champagne to roulette players after a similar blackjack promotion proved a hit.

Between December 1 and January 15, Aspers’ Ace of Spades promo awarded £1m worth of £660 bottles of Armand de Brignac Ace of Spades Brut Gold champagne to players who hit a blackjack with the ace of spades and any other spade card worth 10 points.

The promo went well enough that Aspers chairman Damian Aspinall has launched a new Spinning for Gold promo in which roulette players can win a bottle of the same pricey bubbly – which is owned by hip hop mogul Jay Z – by hitting certain numbers in certain sequences. The promo, which got underway on Tuesday, will run until February 14, after which you’ll have to buy your own sodding drinks.