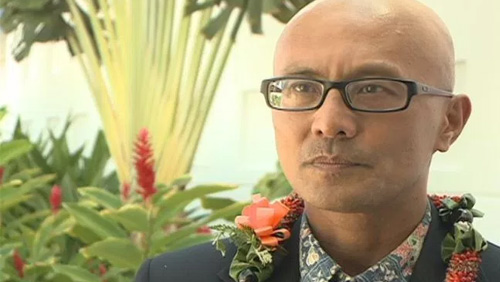 Hawaii Senator, Will Espero, creates a new online casino bill proposing to legalise and regulate the pastime on the tiny island, leaving Utah as the only state without any form of legal gambling.

When your family comes back from a trip to Hawaii, and they wax lyrical about standing in line for hours for the opportunity to eat flavoured ice from a store called Matsumoto’s you know the island needs a casino.

If gambling isn’t your thing and you think it’s the spawn of Satan, then you are probably best off living on the sun-drenched land of Hawaii. Along with that other idyllic state known as Utah, Hawaii is one of two states that offer zero forms of regulated gambling.

And yet despite this ban, it turns out in a study operated by Wallethub, that Hawaii is the 27th most gambling addicted state in the land of the free and the home of the brave.

Methinks it’s time for a change.


On January 20, State Senator, Will Espero, became the latest in a long list of politicians to try and legalise gambling in Hawaii when he filed SB677.

Espero declared that ‘tens of thousands’ of Hawaiians are gambling illegally on unregulated offshore Internet websites, sending ‘tens of millions’ of dollars out of the state’s Piggy Bank.

The bill attempts to put that right by creating The Hawaii Internet Lottery and Gaming Corporation who will have the role of trying to provide ‘consumer protection’ and ensure the gambling dollars stay on the island.

The 28-page bill proposes to legalise online casino, lottery, and poker games. Sports betting is still thought to be too dangerous to put into the hands of sane men and women, so that’s off the cards.

Wording allows state compacts, similar to that created by New Jersey and Delaware, the purpose of which will be to use the carrot of trips to Hawaii as part of the prize distribution.

There are no land-based casinos in Hawaii, but the bill allows for brick and mortar establishments to conduct gambling events, under the watchful eye of the Internet Lottery and Gaming Corporation, but only twice annually. Once again, this is with the sole purpose of attracting tourists to the island.

Who will be the potential suitors?

Whoever decides to set up camp in Hawaii, and I can think of worse office spots, they won’t be anyone who decided to stay in the US post-UIGEA, due to a bad actor clause within the fine print.

Will SB. 677 gain traction within the halls of power?

Will Utah stand alone as the only state in the US to ban gambling?

There’s more chance of Matsumoto’s opening up a store in Alaska.