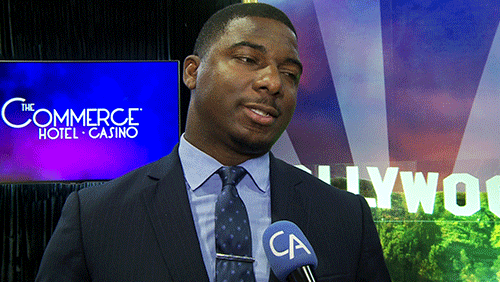 In this interview with CalvinAyre.com’s Stephanie Raquel, Howard Taylor of Commerce Casino tells us why Southern California is the best place to gamble.

When it comes to pure entertainment, Las Vegas probably is probably the first place that pops into the minds of tourists coming to the United States.

The so-called Sin City reigns as the country’s premier gambling hub and the entertainment capital of the world since it has become a one-stop shop for gambling, shopping, fine dining, entertainment, and night life in the US.

Most of the action happens in Las Vegas Strip, which is located outside the city limits, since the largest and most notable casinos and buildings are located.

But unknown to tourists, there are other places in the United States that could rival Las Vegas in terms of finding both entertainment and pleasure in one place.

Just southwest of Nevada lies California – a populous state regarded as a global trendsetter in both popular culture and politics. Howard Taylor of Commerce Casino said that California – particularly Southern California – perhaps could serve as an alternative for most gamblers.

The common misconception of many gamblers, according to Taylor, was that Southern California was only known for Hollywood and family resorts. He said that there’s also a vibrant gambling scene in the so-called most traveled section in the US.

Proving the viability of casinos in the area, Taylor pointed out that Commerce Casino has been in the Los Angeles market for 33 years, offering alternative games seen in Las Vegas such as cards, baccarat, table games

“Many people don’t know that we host World Poker Tour tournament in our property, many celebrities come out for that tournament and participate. And this is probably one of the largest tournaments in the United States of America,” he said. “One thing that you don’t see here is our hotel, makes us more of a resort region. We have the Meridian Day Spa hotel, which is an award winning spa, in addition to our hotel houses suites and a 194 guest rooms.”

If people get tired of gambling, Taylor said that players may go to the nearby beaches or hike the surrounding mountains of California.

“See our beaches. We have some world-renowned beaches. From Venice to Sta. Monica, to Newport Beach, and on the same day, you can hit our foothills of Big Bear and Mt. Baldy. We provide an opportunity for leisure and gaming that any market can offer,” he said.

From Venice to Sta. Monica, to Newport Beach, and on the same day, you can hit our foothills of Big Bear and Mt. Baldy. We provide an opportunity for leisure and gaming that any market can offer.