Home / Casino / Macau gaming market off to a good start in 2017: analysts 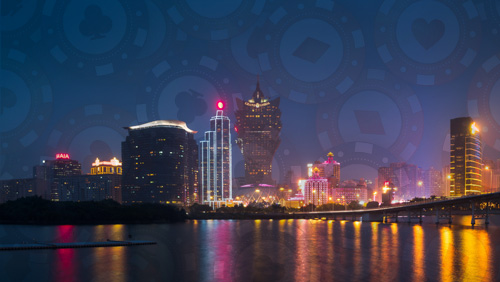 Lady luck is starting to smile at Macau as unofficial industry returns shows a strong gaming market in January.

Different analysts are predicting a positive gross gaming revenue for January as unofficial data shows that daily casino GGR surged by as much as 30 percent compared to the daily average in the final week of December.

They expect January GGR to be further boosted by the Chinese New Year, which has fallen this year to January 28.

“As January 28th approaches in Macau, the start of the Chinese New Year, we expect ADR to moderate and then to pick up towards the end of celebrations, per normal trends,” Christopher Jones, an analyst from The Buckingham Research Group, said. “Given that Chinese New Year (CNY) fell on February 8th last year, we are expecting January GGR to be especially strong, only to give way to a challenging February, given the comparisons.”

Brokerage JP Morgan Securities (Asia-Pacific) Ltd. is bracing itself for the first two months of the year since “year-on-year comparisons will be particularly messy this January/February due to the calendar shift in the Chinese New Year holidays.”

To accurately measure Macau’s GGR performance, Jones suggested that analysts should put the months of January and February in a single cluster for this year while

Japanese brokerage Nomura, JP Morgan Securities (Asia Pacific) Ltd. all echoed the statement of the Buckingham Research Group that casinos in Macau have enjoyed a strong start to 2017.

The brokerage believe that the strength of Macau GGR “was underpinned by 1) strong [calendar] New Year holiday performance; and 2) lucky VIP win rates.”

Gaming analysts from Union Gaming Securities Asia Ltd are optimistic that January will likely be a “big growth month” for the city’s casino gross gaming revenue, especially since the Chinese New Year holiday will fall late in the month.

It is during the Chinese New Year when people often gamble big.

“Without a doubt over past several months, Macau has felt busier than it has in a couple years,” Grant Govertsen, an analyst at Union Gaming Group LLC, said.