The EPT is Dead…Sort Of

The European Poker Tour Prague signifies the end of an era as the tour rebrands into the PokerStars Championship. And Lee Davy reminds the PokerStars team to pay attention to the action at the rock face if they are to continue their rise to greatness.


I am on a minimalist kick. 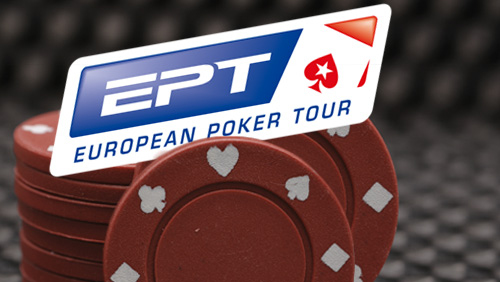 For the next 30-days, I am getting rid of my stuff. One item on day one, two items on day two – all the way until I am getting rid of 30 items on the last day. I don’t think I will stop. I have sold my TV, a few board games and donated over 20 books to charity. And today, I am about to throw out my copy of Ten Years of the European Poker Tour (EPT).

Jasper Meijer van Putten became the winner of the last EPT Main Event when he managed to prevent David Peters from capping off a mesmerising 2016 in Prague (I wouldn’t like to be the man engraving that name into the trophy). William Kassouf proved that he is not all mouth by winning the final €10,300 High Roller.

With the weight of PokerStars behind it, the EPT has become one of the most popular tour stops in the world. The World Series of Poker (WSOP) is like Christmas to a poker player. It comes around once a year. The World Series of Poker Europe (WSOPE), Asia-Pacific (WSOP-APAC) and ONE DROP Extravaganza are like Easter, Thanksgiving and your birthday.

The EPT is different. If you are a top level professional poker player based in Europe, then you don’t miss these events. They have produced over a billion euros in prize money, and that’s a lot of foot traffic. They have the most extensive array of side events of any all-weather festival in the world. They have the biggest prizes. They have the prestige.

The EPT is dead, sort of.

The brand may be gone, but the event remains the same albeit with a different name. The 2017 PokerStars Caribbean Adventure (PCA) is now called the PokerStars Championship Bahamas. But that’s the only change.

I honestly believe the PokerStars Championship can be Christmas, Easter, Thanksgiving and your birthday. Once the US market wakes up to the realisation that online poker is not a truck hell-bent on destroying innocent people’s lives, they will move in and take over.

The WSOP will always be a special case.

But I have a feeling.

For that feeling to turn into action, PokerStars have to listen to their customers. In the past few weeks, I have read blog posts from Dara O’Kearney and David Lappin yet again providing constructive feedback on the deterioration of certain aspects of the tour.

Lappin said he developed a blister on his right finger after tweeting about all the things that were wrong in EPT Prague. These ‘things’ that Lappin felt compelled to tweet about will still exist when the PokerStars Championship begins in January.

Reading through Lappin’s and O’Kearney’s blog posts all of these ‘things’ are easily fixable. Only companies that care take the time to fix things. That caring attitude comes from the top and dribbles into the DNA of the enterprise.

It’s unusual for workers at the rock face to hold different values than those at the top of the mountain. What you experience in the shitty end of the stick tells you a lot about the person holding that stick.

I don’t want to throw the book away.

It’s big, and we tend to think that big things are valuable.

But all of this packaging means nothing if when I open the pages, I am not bowled over by the experience that lies within.

And this is why the book is going in the bin.

Let’s hope the players don’t do the same with the PokerStars Championship. I am sure over time they will listen; get their act together, stop looking at the foot traffic and instead start measuring the experiences of their customers.